A Lunar Geologist is Born 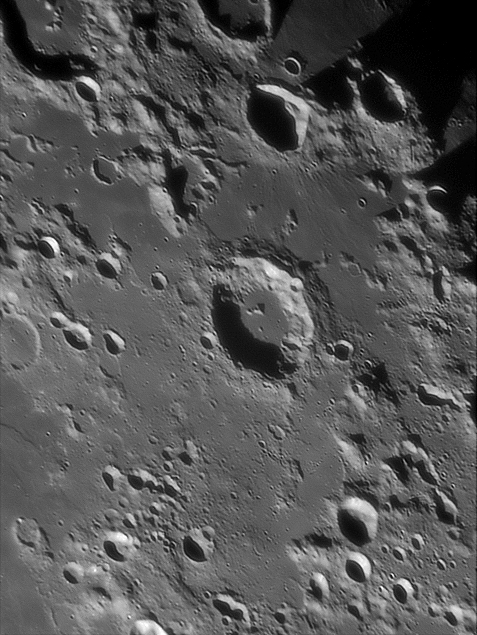 Santbech is another of those rarely imaged areas likely due to the lack of ’showy’ features. However, the more I studied this image and tried to think about the sequence of events the more interesting it became. It appears that the lava surrounding this crater became emplaced after the crater was formed, since it has covered most of the ejecta and surrounded other parts. The small (and incidentally off-center) central peak implies that the lava also welled up within the crater from underneath covering most of the central peak. The mare areas to the upper right (East) and upper left of Santbech appear to have no outlet and must also have welled up from underneath. These mare areas also appear to have fewer secondary craters perhaps also indicating they are younger than the mare area to the lower left. After the mare areas were formed many secondary craters were then formed in the surrounding area though leaving Santbech relatively intact. This all seems to imply that Santbech is a relatively old crater and indeed VMA describes it as Pre-Imbrium. VMA also states it has a fairly large depth of 4500m and must have been even deeper before lava welled up inside it.

Bob’s note demonstrates that people are learning to read the Moon, rather than just looking at it; I can retire!