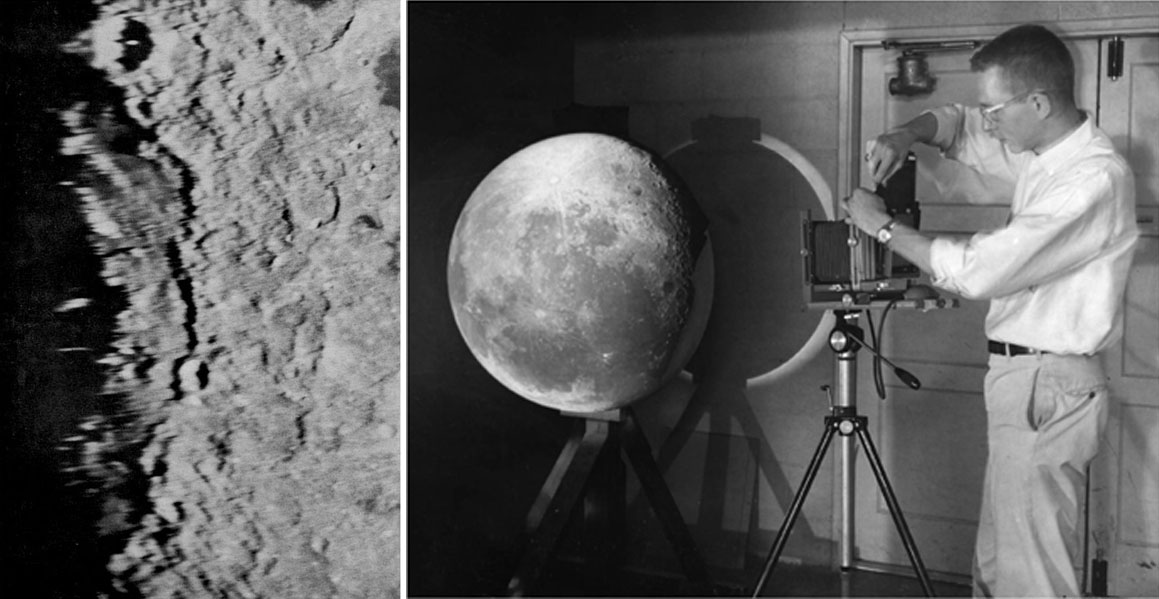 For four hundred years of lunar observation the biggest features on the Moon were unknown. Although there was some prehistory of recognition, the modern understanding of impact basins began in 1961 when grad student Bill Hartmann re-photographed telescopic images of the Moon projected on a large white globe. This allowed limb regions to be seen as if from overhead, revealing concentric rings around the small mare patch of Orientale. Hartmann analyzed similar overhead images of other circular maria on the nearside, discovering consistent patterns of rings around what he called multi-ring basins. Bill wrote the discovery paper with his mentor, Gerard Kuiper, and then two more papers on radial lineations (Imbrium sculpture}, and finally in 1971 a paper on the ages of basins on the near and the far sides. You can now trace the development of understanding of basins by reading these classic papers online, along with Bill's personal reflections on the work.

HISTORICAL NOTE Today is the 50th anniversary of Yuri Gagarin's flight into space. The early 60s were a heady time to be doing space science research!