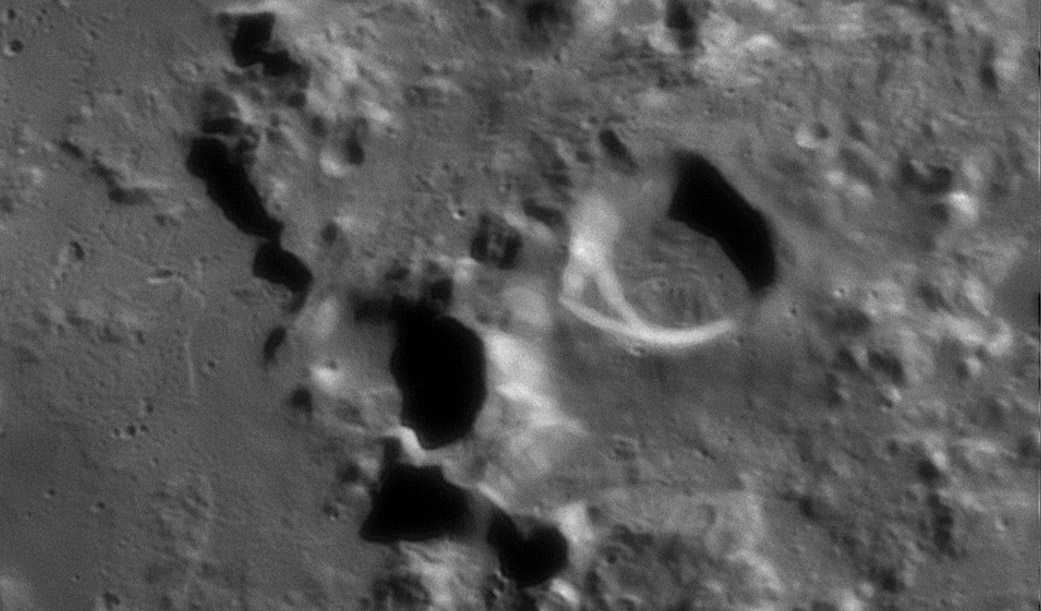 Calippus and Calippus C are two circular features of almost the same size. C is half missing; perhaps a birth defect, resulting from its formation on the front of the Caucasus Mountains. There was nothing to shore up its western wall, and later Imbrium lavas covered the spray of ejecta that would have made a wall if there was anything to built on. With a diameter of 32 km, Calippus would be expected to have wall slumps and central peak, perhaps even massive stepped terraces like Godin. But its steep walls and peakless interior makes it look more like Proclus. In fact, the alcove on the western rim suggests that Calippus - like Proclus - formed by an oblique impact. But Calippus is old enough - notice the lack of rim crest sharpness - that any rays that would prove it are long since space-weathered to obscurity.


Yesterday's LPOD: On the Fly