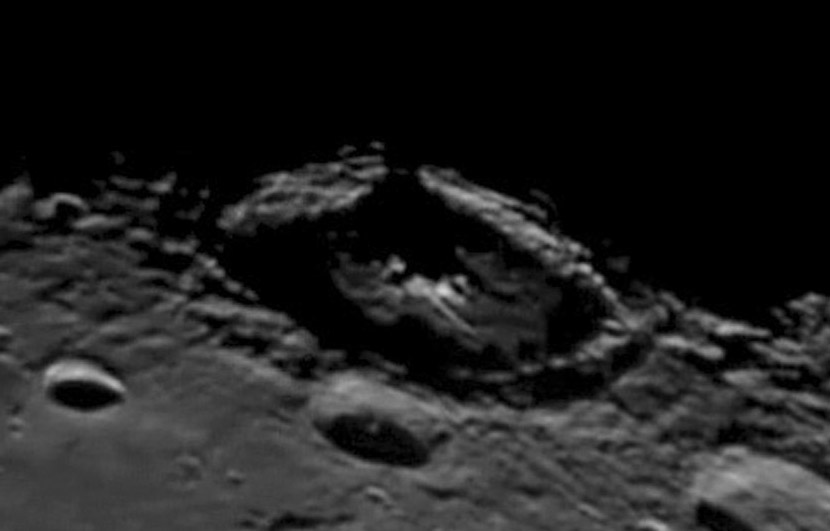 Don't blame Maurice. I am the one who enlarged his image nearly 200% and then cropped out everything except Petavius. I did it because even though his seeing was poor the lighting was perfect to investigate the oft-made claim that Petavius' floor is elevated. This image shows that it is. The nearside of the rim casts shadows onto the floor below, but the shadow continues all around the floor, showing that the floor itself is casting a shadow along the bottom of the eastern wall. The central peaks complex shadow rises as a vee above the floor shadow, reaching Petavius' rim. This is very cool. Two other things to notice - the inner wall of the trench brightly reflects the setting sun, and the odd double rim structure of the western wall casts two shadows.

Tomorrow's LPOD: From Lahore To Laplace