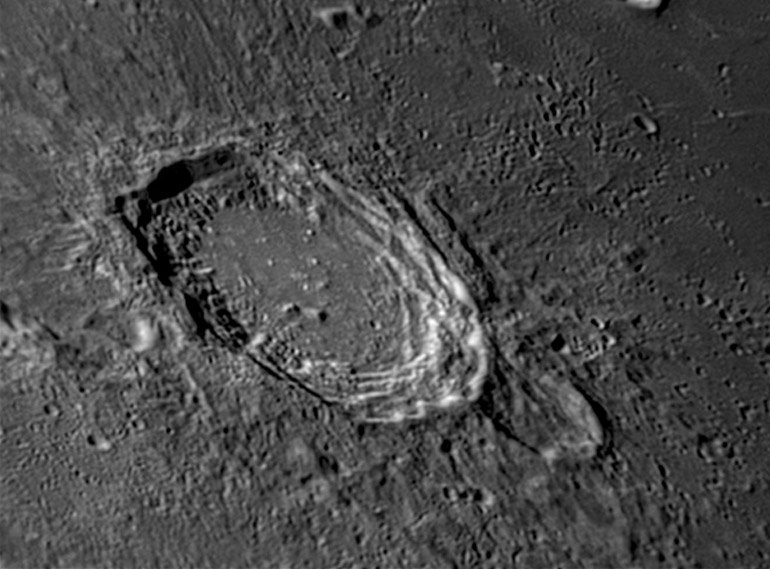 There are two major trends in the history of lunar cratering: in the first billion years there were many more impacts than more recently, and their average size was larger. Thus all the large impact basins formed before about 3.8 billion years ago, and the youngest craters, as seen on the maria, are generally smaller than older ones exposed in the highlands. There are exceptions, of course: Copernicus is big - 93 km in diameter and young - about 900 million year old. And on Earth the Chicxulub impact crater is huge (~180 km in diameter), but younger than Tycho (65 m.y.). As a result of these two trends, it is common to see (for example, Clavius) small craters on older large ones. But Aristoteles is one of the less frequent examples of the reverse. Aristoteles (87 km diameter) formed on the western end of 30 km wide Mitchell. The actual age of Mitchell is impossible to tell because it is so badly disfigured by Aristoteles’ ejecta. It is possible that Mitchell got a little revenge - about where its western rim should be is a backwards terrace on the inner wall of Aristoteles. This little block of wall casts a shadow toward the east, whereas most of the other terraces drop down toward the center of the crater.

Yesterday's LPOD: US-1 and Other Signposts