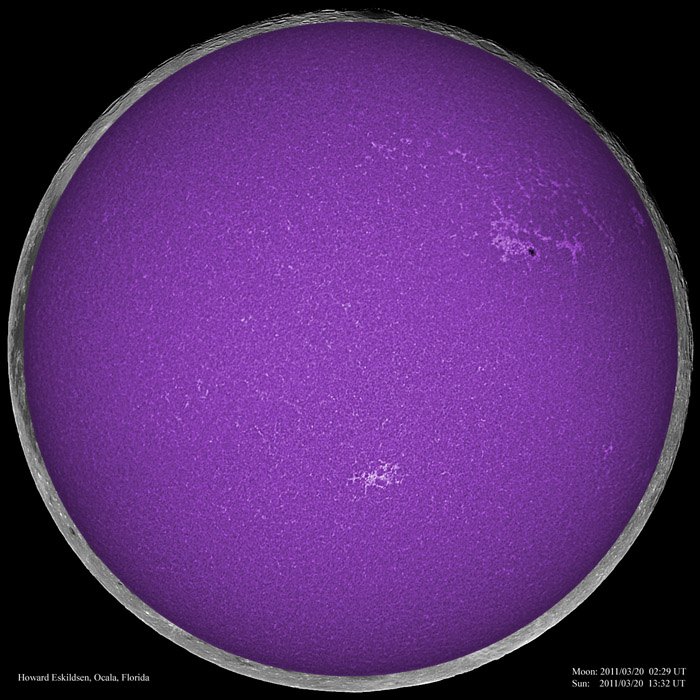 Earlier this month when the Moon was unusually close, Howard was one of the thousands who took a picture of it. And the next day he used the same telescope with the same camera to image the Sun. We were nearer the Moon than normal, and about the average distance to the Sun. This difference in distance of two essentially identically sized bodies (in angular diameters based on average distances) provides a look back in time, when the Moon was in fact closer to Earth. Now we are at a special time in solar system history when the Moon is just far enough away that the Moon can totally eclipse the Sun. In the past the Moon was larger and total eclipses would be longer and even more complete. In the future all total solar eclipses will be annular. We live in the best of times.

Tomorrow's LPOD: Not Quite the Moon