The Beginning of Lunar Science 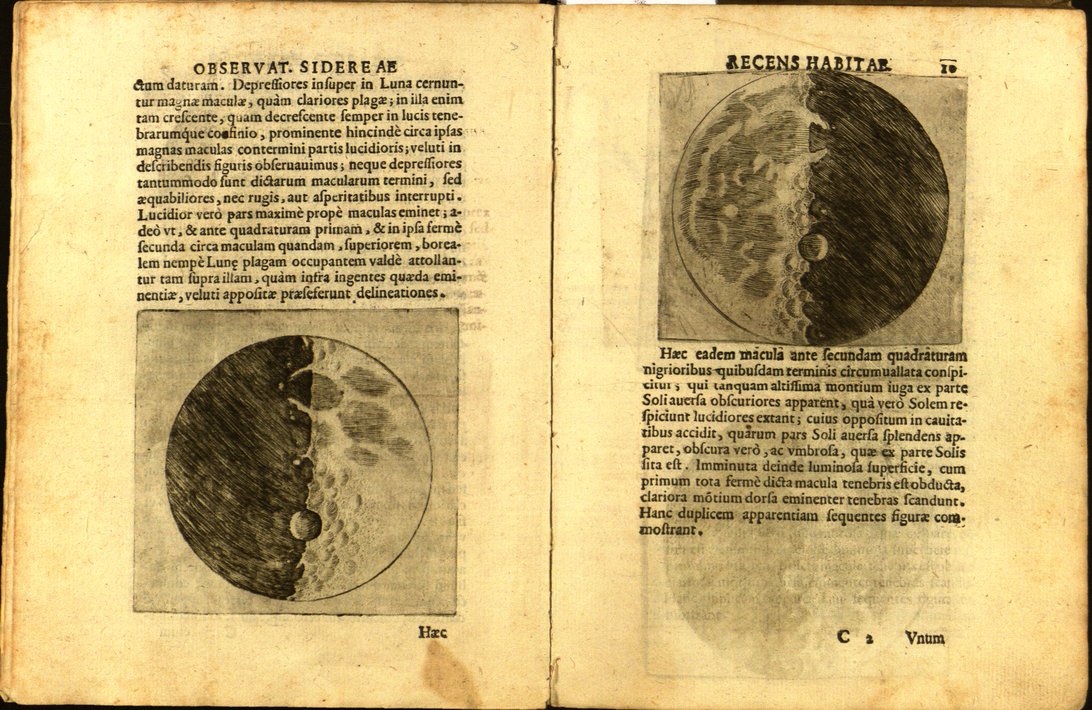 Although Thomas Harriot observed the Moon telescopically slightly before Galileo, it was the great Italian who discovered the nature of the lunar surface. Galileo clearly described the craters (he called them spots), measured the heights of their rims, and recognized the differences between the light and dark terrains. Through his observations he came into conflict with learned men who followed Aristotle in believing that the Moon and everything beyond it was perfect and without blemish. Galileo famously stated that the Moon was full of hollows and protuberances, just like the surface of the Earth itself, a direct challenge to ancient and contemporary truths. Galileo was ultimately put under house arrest because his observational support of Copernicanism led him to question the Bible’s statements that the Earth does not move. The Catholic Church found Galileo vehemently suspected of heresy, and did not finally rehabilitate him until 1982; some churchmen still blame Galileo for his punishment by the Inquisition. And all of this tangled history began with the publication of Siderius Nuncius - The Starry Messenger - of 1610. The image presented here gives a strong feeling of the book being almost in your hands. This copy is from the original 1610 Venetian edition - it is a book that Galileo wrote and may have touched.

Technical Details:
This book is on display at the Pagine di Cielo (Pages of the Sky) exhibition of ancient astronomical books at Brera Observatory, Milan. I thank Paolo Amoroso for alerting me to the online images. I hope LPOD will feature more classic images of lunar maps from Brera’s extraordinary collection.

You can read Galileo’s lunar report from the Siderius Nuncius in English here. And here is a high resolution digitized version of the original Latin book. While searching for this I came across a huge collection of digitizations of science history books in the University of Oklahoma History of Science archives - this is a treasure trove!

Tomorrow's LPOD: The Last Word on the Alps