Slopes, Dikes and a Sliver of Illumination 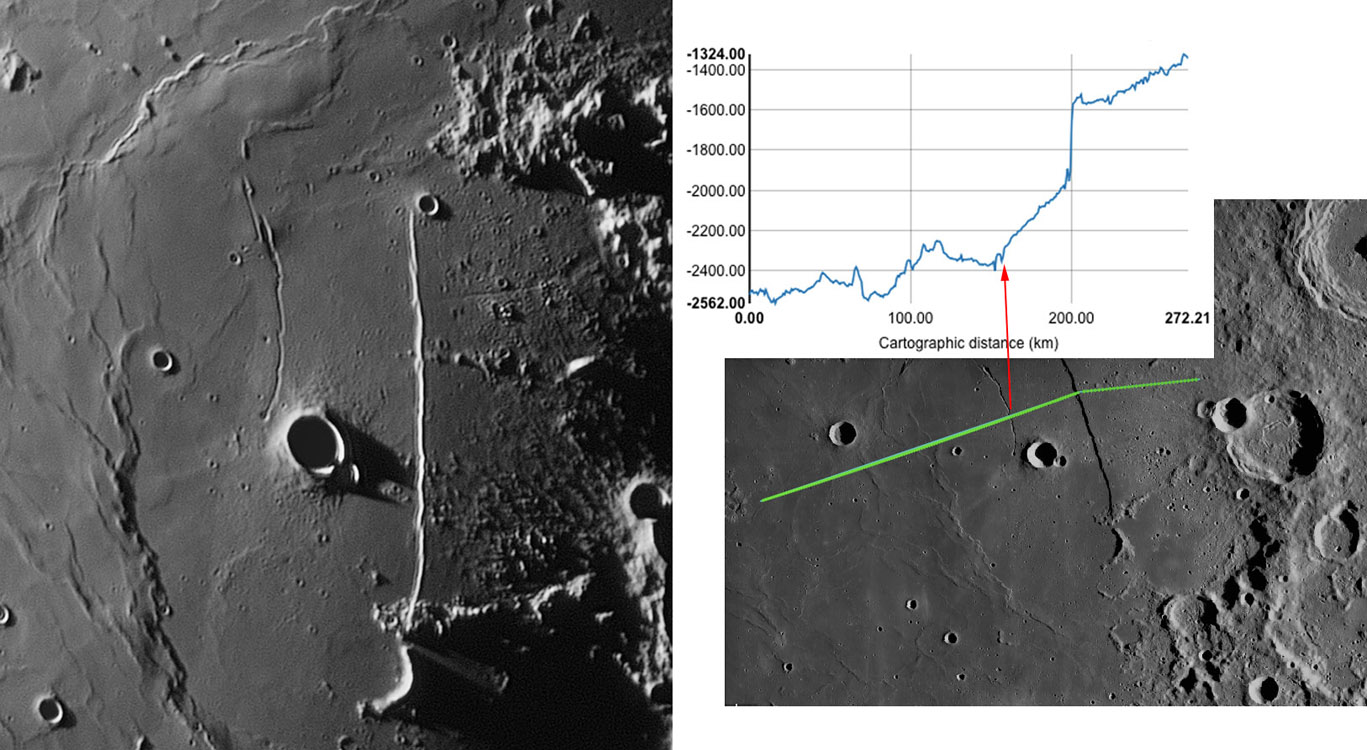 Leo's wonderful image provides all sorts of reasons to exclaim: The rille that is perpendicular to the Straight Wall is very well seen, including a much wider trough at its east end near the wall of Ancient Thebit. The Birt Rille and the dome it bisects are also lovely, and the little linear ridge just to the north seems related to the rille - perhaps a linear ridge erupted from the same dike that produced the ridge? And shadows make dramatic scenes, too. The shadow of the rim of Birt has a missing broad gap due to Birt A. And down where the handle joins the sword (the Straight Wall) there is a sliver of light that passes through a gap and precisely illuminates a short ridge. Wonderful! But what most caught my eye here is the delicate crease in the surface west of the rille and extending nearly all the way to the bottom of the image. This has been noticed before, but its occurrence here led me to pull up the altimetry tool in the LRO QuickMap to investigate. The cross-section on the right revealed a number of unexpected things. Starting at its eastern side, the floor of Ancient Thebit slopes down to the west until it reaches the Straight Wall, where the elevation precipitously (at least with this vertical exaggeration) drops about 400 m. Then, surprisingly, the western floor of Ancient Thebit slopes even more steeply than the eastern floor, until it reaches the crease - marked on the right image by the change in slope starting just west of the Birt Rille (red arrow). Presumably the original floor continues sloping down to the west, but as Leo's image beautifully shows, the crease marks the front of a younger lava flow from Mare Nubium that laps up against the older, dipping floor.