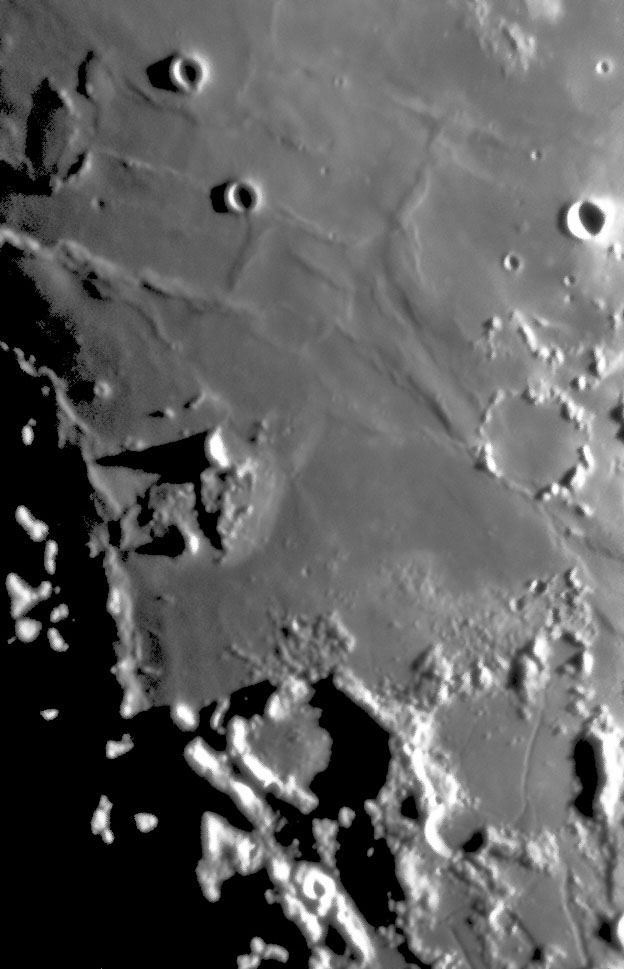 Very near the terminator the grazing Sun magnifies small differences in lunar topography to reveal subtle features we hardly know. The thing that jumped out immediately to me was the broad very low dome near the middle of Agatharchides at the bottom of the image. Another interesting feature at the top left is a elongated oval swell cut down the middle by a curved depression. This and the large swell to its south, on the other side of the wrinkle ridge, are probably intrusions of magma that did not quite break out onto the surface. The rimless pit near the southeast end of the upper swell is evidence for magma movement within a narrow conduit - a reduction of pressure allowed the roof to collapse in one place. Another type of volcanism that is less obvious is the hilly mass with one soaring peak, at least with the shadow magnification. Informally called the Helmet, this feature has a spectral coloration showing that is is volcanic but not the same composition as mare basalts. We haven’t even talked about the mare ridges and rilles - this little corner is full of interest.