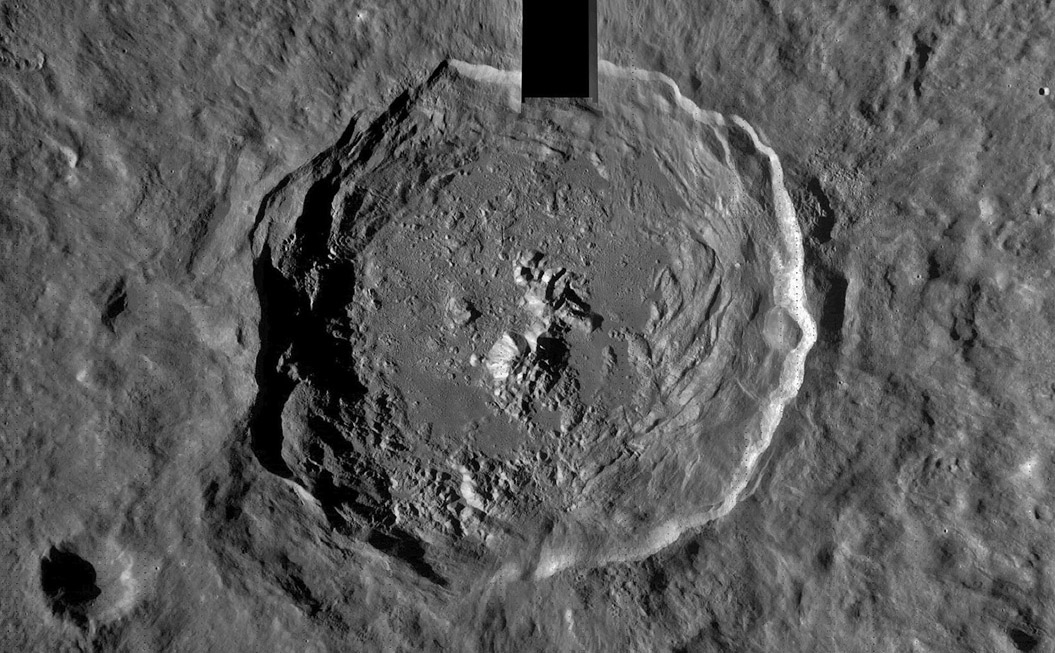 Jackson is a spectacular crater that would put Tycho to shame if it were on the nearside. Jackson's rays strikingly define an oblique impact event, and the ejecta closer to the crater, and the crater interior also have stories to tell. The ejecta right outside the rim crest has a gritty look, as if were deposited as a pasty flow full of boulders. Just inside the rim the wall is full of narrow micro-terraces that each accommodated a small amount of the downslope slip. Flat areas on the floor are ponds of impact melt, but these also are dotted with smaller boulders. Apparently both the melted ejecta and the pasty stuff were entrained with boulders. I wonder why?