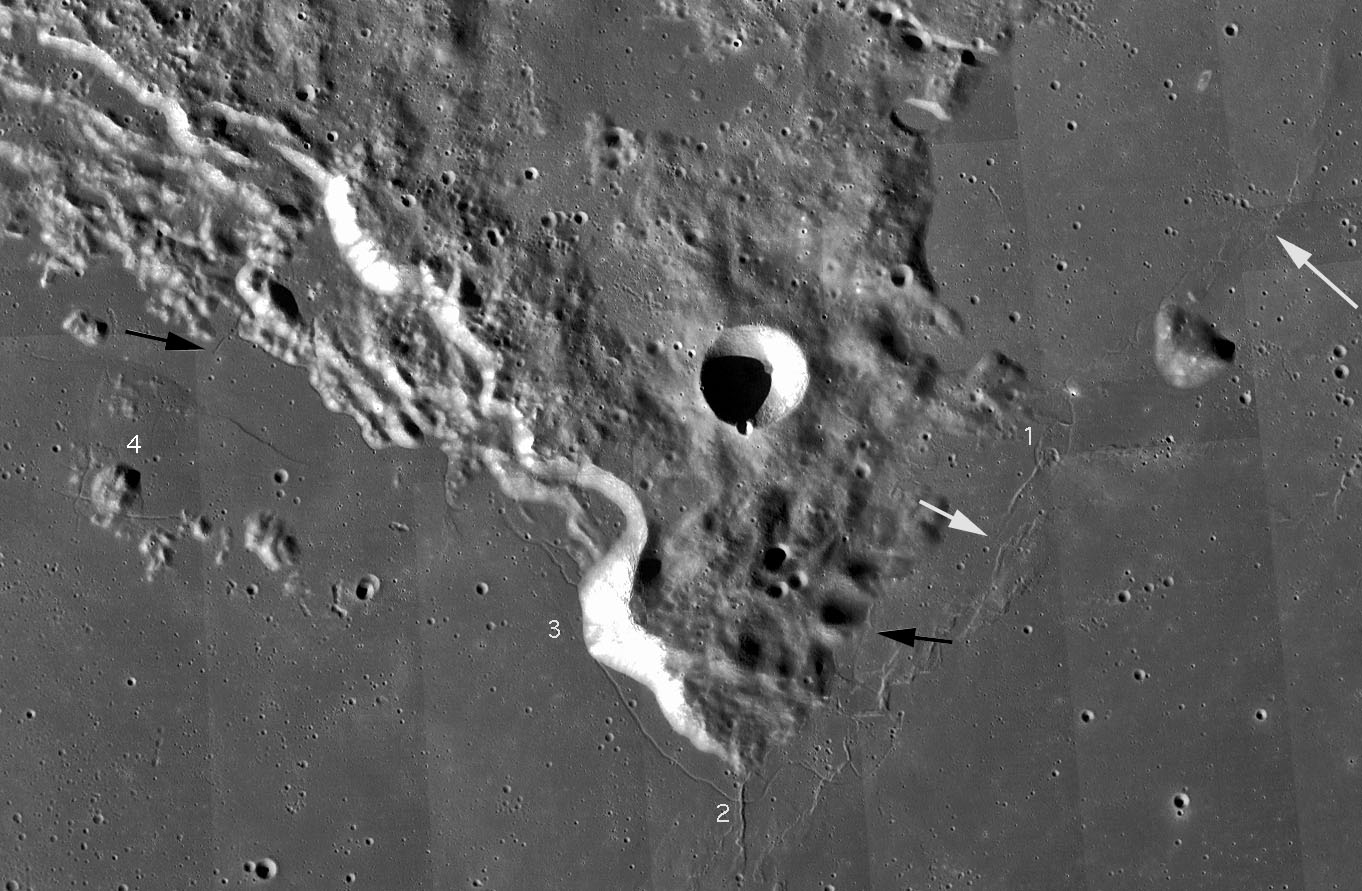 Here is WAC view of the Prom. Laplace headland that provides new details of the nearby narrow rille/s. The rilles have been seen before but not as clearly. Between the white arrows is a faint rille that may have a source near the numeral 1. Part of the rille is tightly sinuous and parts are not. Both ends just seem to peter out, and despite the lack of evidence it seems likely that this rille may have once connected with the longer and more interesting one beteen the black arrows. One of the most fascinating parts of this rille is where it intersects a small mare ridge (2). The rille seems to completely disappear, implying that the ridge is a more recent feature. Nearby to the east, the rille cuts through a similar but older looking ridge, showing that rille and ridge formation overlapped in time. The northern portion of this rille hugs the base of terrace deposits from the Sinus Iridum crater (SIC), and near location 3 the rille disappears. Apparently, downslope movement of material of the bright and tall part of the headland buried the rille. This demonstrates that even though the mare lavas flowed into the SIC and hence are younger than the crater, movement on steep slopes continued afterwards. The area labelled 4 has been previously recognized as a swelling or dome and the short rille fragments may be associated with the uplift, or perhaps the entire structure is a kipuka of earlier lava, now encircled by lavas associated with the black arrowed rille.