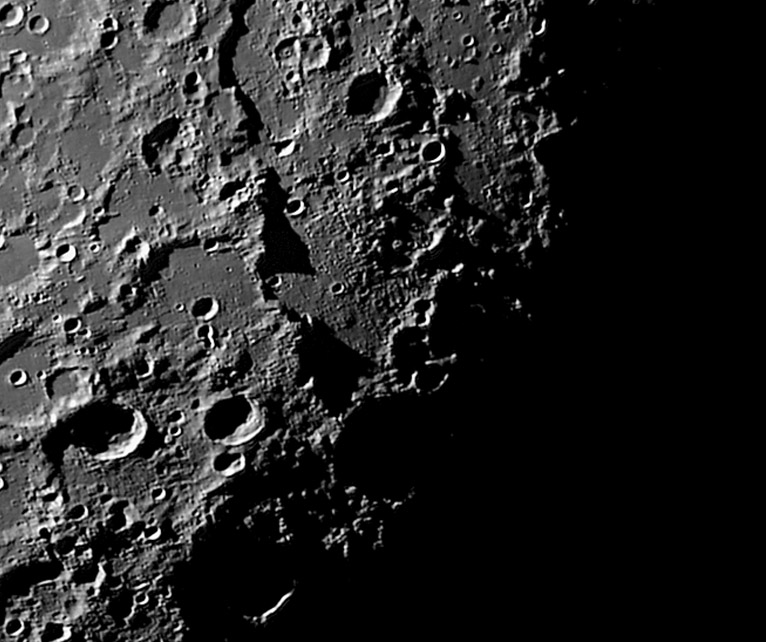 The Altai Scarp is one of the most dramatic basin rings on the Moon, casting long shadows in the lunar afternoon. But as Julio's image shows, the scarp is not continuous, taking an abrupt dip along its southwest edge. Two long shadows bracket a place where the scarp basically disappears. The broad flat plain to the left of the gap is the floor of an old battered crater, Rothman G. Did G form before or after the scarp? If afterward, that could account for the lowering of the scarp wall - the expanding shockwave from the crater-forming impact destroyed the basin rim. But the debris of the collapsed scarp isn't visible to the right. This area is covered by lava flows that perhaps covered the debris. If the crater formed first, the subsequent formation of the scarp would have cut right through a low spot - the crater rim and floor, so that the scarp would be lower than expected. This seems like a more reasonable explanation, but it is really arm-waving. That is what it is called when interpretation gets ahead of facts.