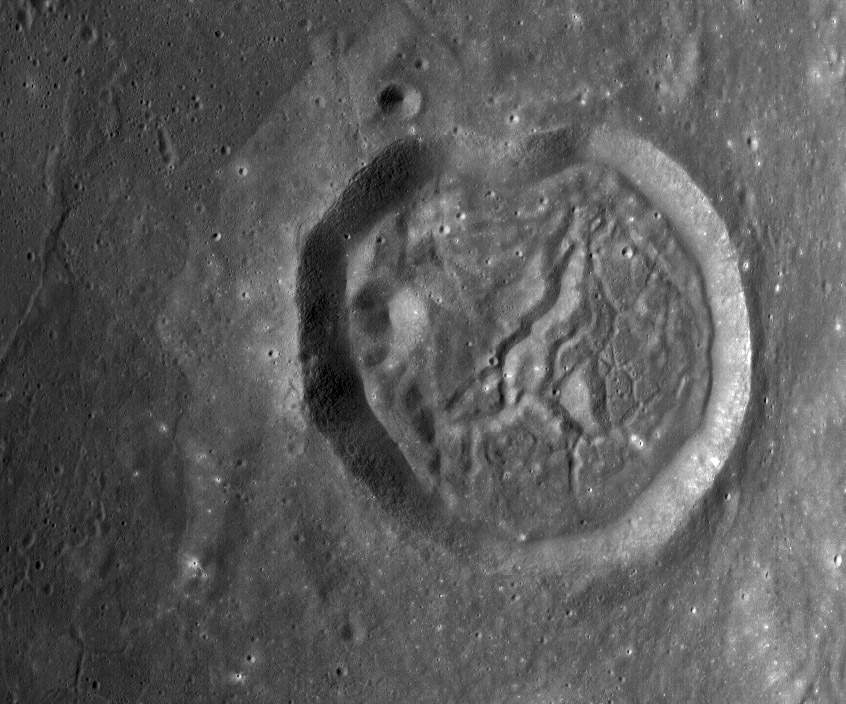 Bohnenberger looks like it was baked with too much yeast. Its floor is raised up and fractured just as bread sometimes is. The floor presumably formed with bulges of slumped wall debris and a small central peak, but that has been strongly modified. Spectral studies show that the floor material is highland rocks, so it is uplifted basement of the Nectaris basin, not convoluted volcanics. Interesting volcanics are just to the west, however. The dark basaltic lavas of Mare Nectaris lap up against the base of Bohnenberger. Seldom do we see such a sharp boundary between lava and pre-existing terrain, and it is fascinating how the lava flowed around minor elevations and filled small depressions. The mare-crater boundary is clear in a Clementine iron map, but is actually much more sharply defined that the Clementine view would suggest.