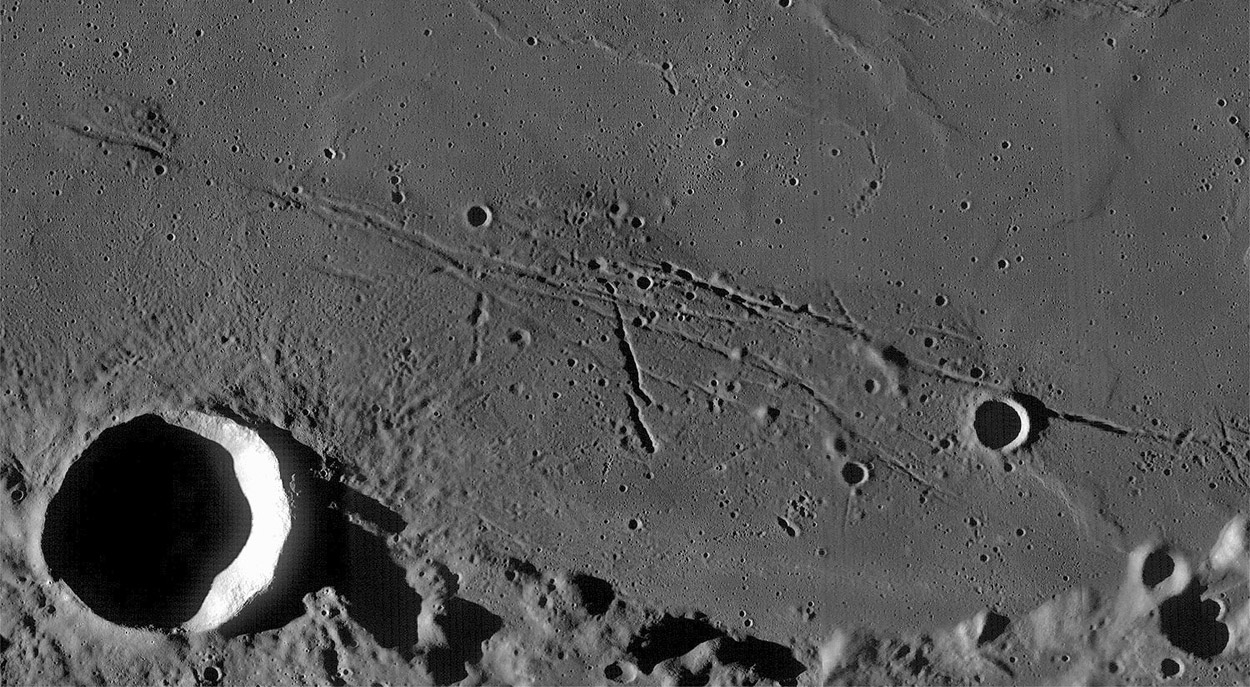 Look what I stumbled upon in the Moon Wiki (which now has 3210 pages!). John has been processing multiple Wide Angle Camera images using Jim Mosher's LROC WAC Previewer software. This shows the island of old mare on the southern edge of Mare Serenitatis, with younger lavas to the north. The island of lava is clearly older as is indicated by its higher number of impact craters. It is also heavily crossed by two families of rilles. The Menelaus Rilles that parallel the basin shoreline were formed due to subsidence of the center of the basin from the weight of the mare lavas that fill it. The two or three rilles at about a 60° angle from the concentric ones may be secondary crater chains for they seem to be made up of overlapping pits. Finally, at top left a rille cuts through the middle of a low hill. From telescopic images this was interpreted to be a dome. But now is looks more like a random high spot - a piece of the larger elevated area to the east.
Chuck Wood