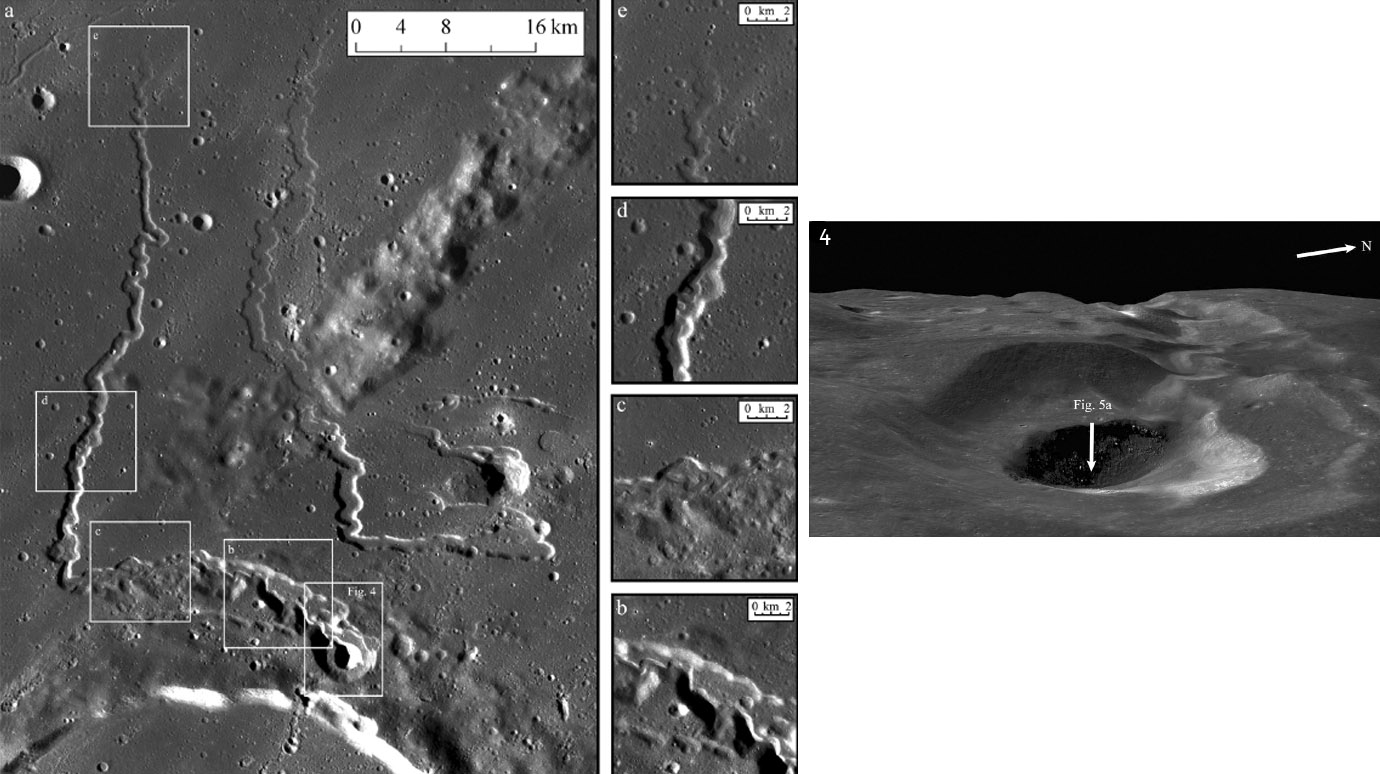 image from Hurwitz and colleagues (2012)

It has been known since the late 60s and early 70s that lunar sinuous rilles are volcanic lava channels or tubes. Over time improved mathematical models of the physical processes that create sinuous rilles, and improved measurements of their dimensions, have led to more and more refinements of the details of the eruptions. The latest comes from Debra Hurwitz, Jim Head, Lionel Wilson and Harry Hiesinger in a paper that is freely available online. Their model suggest that the Prinz Rille shown here formed by thermal erosion as a new flow of lava melted into pre-existing lavas. Mechanical erosion - the new flow digging into the early one - is less effective on the Moon than Earth because of lower gravity and very gentle slopes. It turns out that the chemical composition also significantly affects the efficiency of thermal erosion through the temperature likely to be associated with different compositions. The hotter the new lava the more effectively it can melt the underlying lava, of course. The hottest lavas known in Earth history were komatiites that also had very low viscosity - they flowed easily - which increases thermal erosion. No komatiities have been found on the Moon so models with that composition give a upper limit for how rapidly the Prinz Rilles was formed - about 0.4 years. If the magmas were low-titanium mare basalts the rille may have been active for 2.2 years. One thing that LPOD previously noted is that nearly all sinuous rilles occur in the Procellarum KREEP Terrain which has the highest measured radioactivity on the Moon. Perhaps the likely high magma temperatures associated with PKT magmas led to the common occurences of sinuous rilles.

Technical Details
A treasure trove of 35 normally restricted journal articles, including the one discussed today, of LRO results is available here.