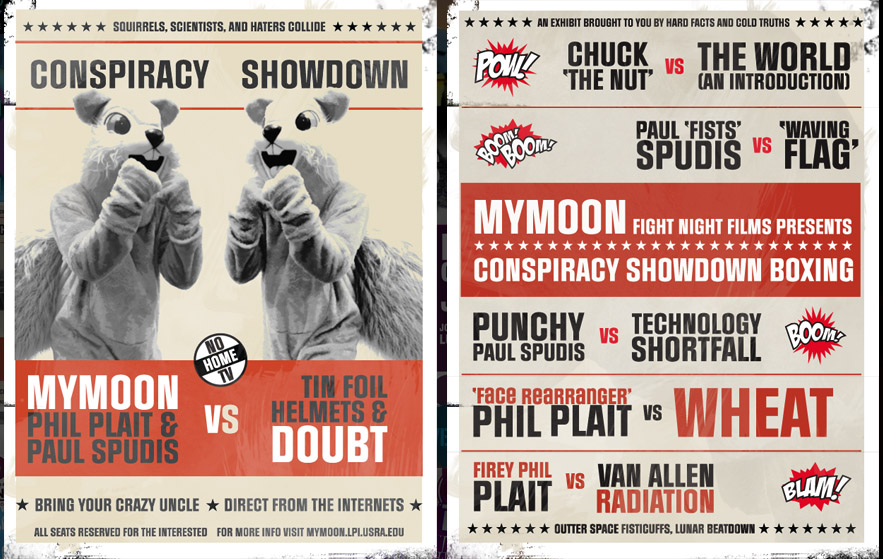 Stupid people persist in believing outrageous things- that evolution is false, that the President wasn't born in America, and that we never went to the Moon. The same old arguments are used - the flag on the Moon waved, there are no stars in the lunar sky, and the Van Allen Belts would fry the astronauts. These have been debunked numerous times but they always reappear. Now the Lunar and Planetary Institute has produced a series of short videos explaining why such arguments are wrong. The presentation of the debunking arguments is somewhat weird - you might call it humorous or perhaps silly. But Paul Spudis and Phil Plait mostly do a good job explaining the faults of fact and logic of the deniers. In a few cases the explanations are dismissive or too complex, lessening their impact. Nonetheless, this is a good counter to silly arguments. It is interesting to try to understand why some people deny things for which there is great evidence. Part is a distrust of the government - and that is rampant right now - and part seems to be dismissive of the abilities of humans. I must admit I don't waste time on such arguments (because deniers can never be convinced), and I simply delete any comments posted on LPOD from crazy people. Harsh, isn't it?

Yesterday's LPOD: Is It Love or a Sinus Infection?