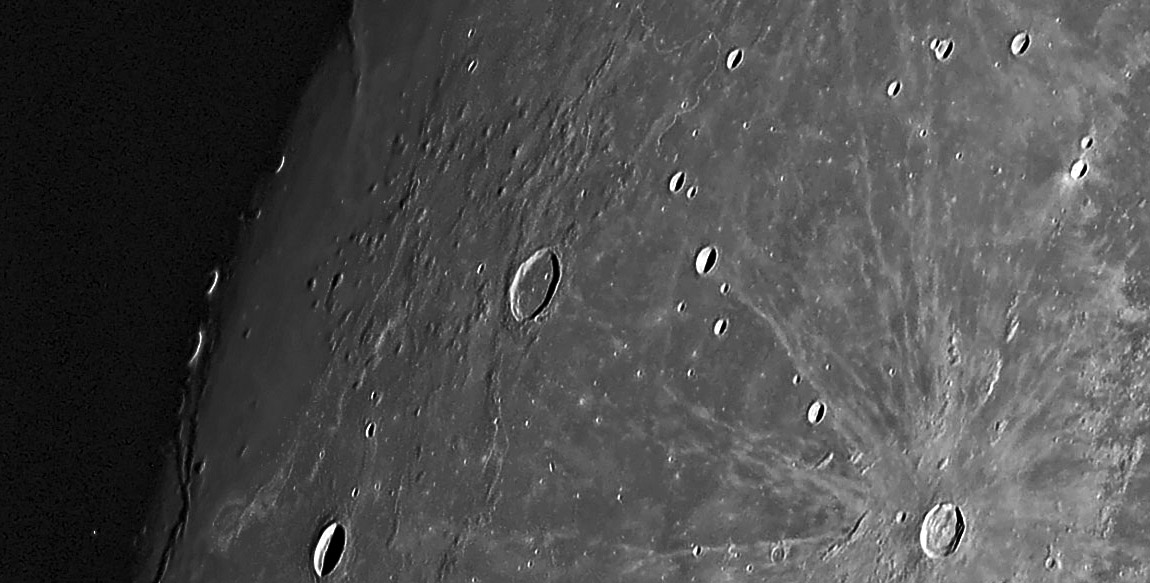 Here is an image with loads of features to understand. The Marius Hills, perhaps the carapace of a broad shield volcano, is near the center, with its 300 or so stubby little volcanic cones and occasional domes. A few sinuous rilles wander through and around the hills, the 255 km long Marius Rille, at top, being most conspicuous. Other features made of volcanic rock, but not owing their origin to volcanism, are the mare ridges seen near the terminator and south of Marius the crater. Many mare ridges are within circular impact basins and were formed by thrust faulting as the basin subsided and the solid lava fill was compressed into a smaller volume. But the ridges here are not within a circular basin, unless the Gargantuan/Procellarum Basin is real. The impact process is represented by Kepler and especially its far-flung rays that mark the trajectories of streamers of ejecta. All the other small craters seem to lack a bright nimbus and thus may be older than Kepler (not necessarily true since ejecta for small craters erodes much faster than for large ones), but there is one small crater with another unusual manifestation of collision. Take a minute to look for it. Back all ready? It is Bessarion B at upper right. The smaller crater on its rim unleased a huge wall slump into B. Looking at an LRO mosaic reveals a straight boundary between B and its rim crater, suggesting that they may have formed simultaneously. Before we leave this area we must also mentions the Moon's most famous swirl, Reiner Gamma (bottom left), which casts no shadows and is more of a stain than a deposit. Now admit it, you have probably never observed all of these before. 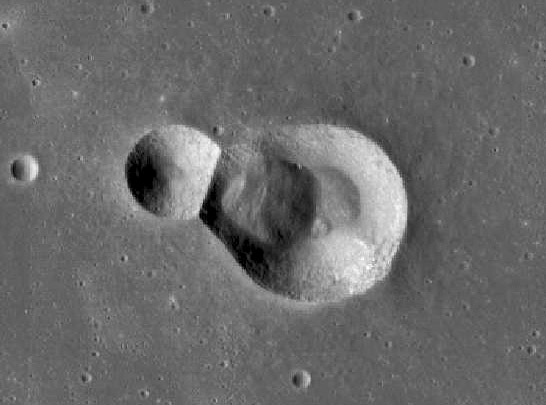 Bess. B from LRO.