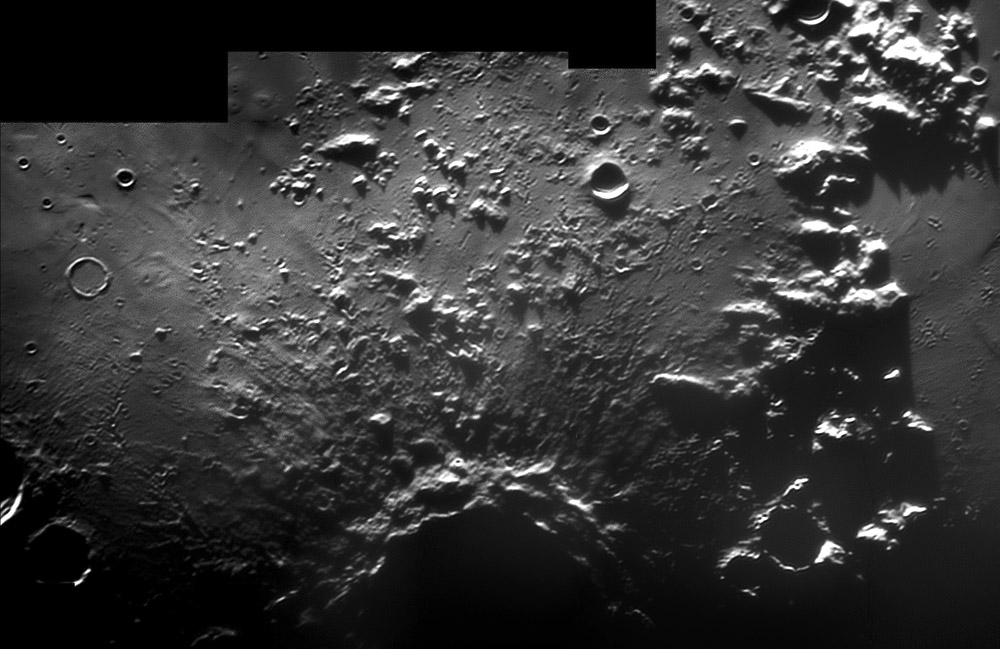 Wow. Most people look at Copernicus, but Antonio has captured a fascinating terrain visible right after the Sun sets on the glorious crater. The vertical line of brightly lit mountains are the Carpathians, the continuation of the Apennines and the topographic rim of the Imbrium Basin. Scattered lower mountains are all that is left of the backslope of the rim. The contrast with the massive backslope of the Apennines is extreme, and perhaps the mare lavas here are thicker, burying more of the ejecta. The third morphological element is the ejecta from Copernicus, which is thickest on the rim of the crater. Studies suggest that half of the height of a crater rim is due to ejecta fallback (and the rest from uplift), and beyond the rim the ejecta thins with distance. You can see that here, and also that Copernicus ejecta covers the outer edge of the ejecta from Reinhold at far left; thus Copernicus is younger. Finally, I see at least 10 volcanic domes, including some I've never seen so well. How many do you spot?