West of the Usual Action 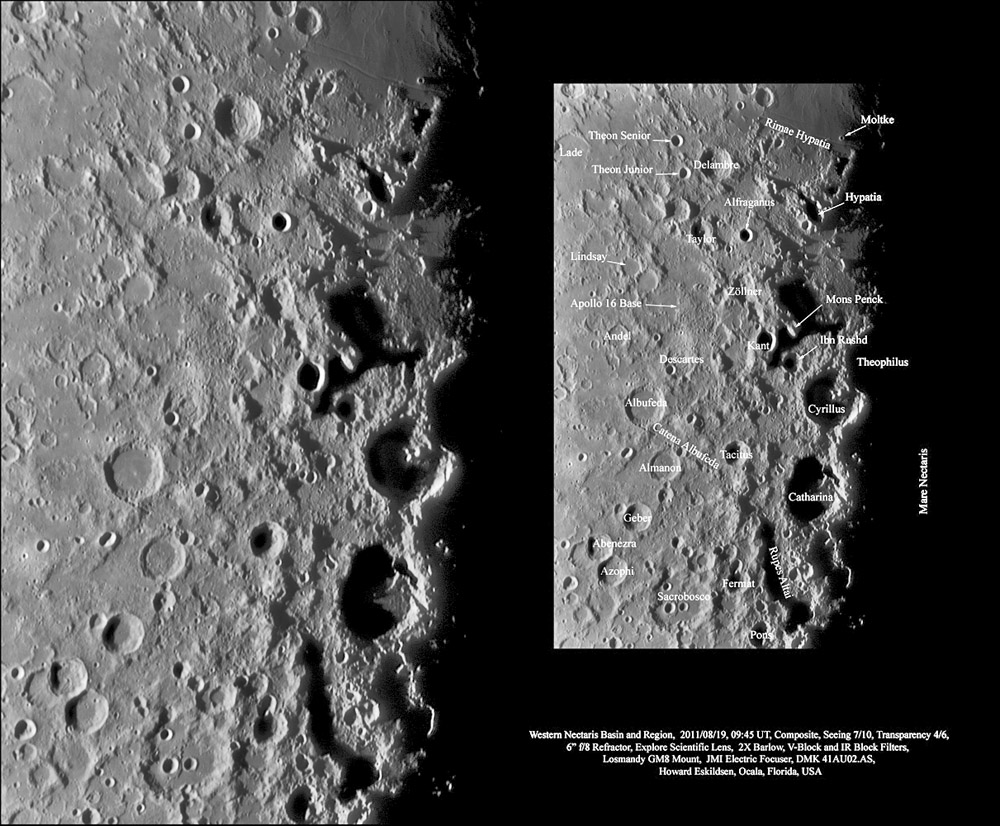 Sunset view of this area west of Nectaris distinctly reveals the Altai scarp and gives the appearance that the basin rim continues through Mons Penck and past the eastern side of the odd crater Hypatia. I have other images with a circle connecting these areas that was drawn with LTVT. It fits nicely, but suggests a diameter about 90 km greater than the 860 km generally listed. I have to make more measurements at different illuminations before further challenging the true basin rim diameter. The diminuitive crater Moltke shows its rim distinctly; more often it is visible as a fuzzy white spot. Rimae Hypatia caresses its margins. The Apollo landing site is easy to locate between the destinct light markings of north and south ray craters. The flat Cayley formation blankets the lowlands to the west and northwest of the landing site. The Cayley looks distinctly different than the rough area north of Descartes and just east of the Apollo 16 base, it is a very interesting juxtaposition. Finally, Theon Senior and Theon Junior add to the curiosity of the region. Senior was named for astronomer Theon of Alexandria who lived around 380 B.C while Junior was a Greek mathematician and astronomer living around 100 B.C.; hence "junior." Who says cartographers lack a sense of humor?

Tomorrow's LPOD: Three Are Better Than One