How Long the Flows? 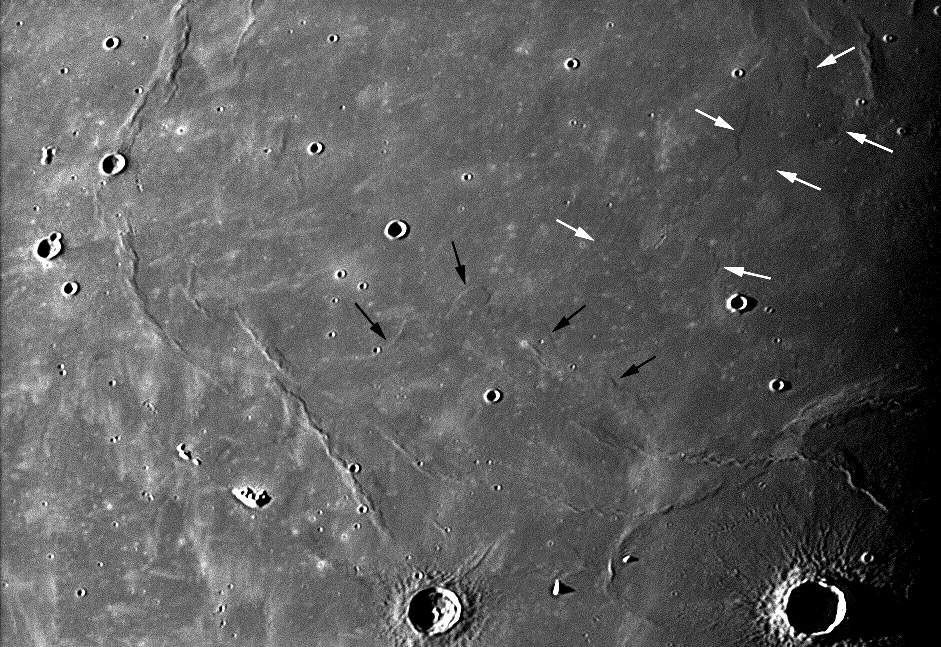 The best defined individual lava flows on the Moon extend eastward from near Mount La Hire in western Mare Imbrium. Ewen Whitaker discovered color evidence for these flows in the late-1950s using composite images taken through blue and red filters, but it was Apollo 15 high resolution photography that really brought them to science's attention. Most subsequent images show the flows in the same region as imaged by Apollo (indicated by the black arrows), but Howard's recent view convincingly documents that the lavas extend considerably further to the east (white arrows). Enhanced color images from Galileo, other spacecraft and the ground show that the young flows do extend this far, but Howard's image is one of the few that depicts flow margins. Good work, Howard!

Tomorrow's LPOD: A Flash of Steam