A Flash of Steam 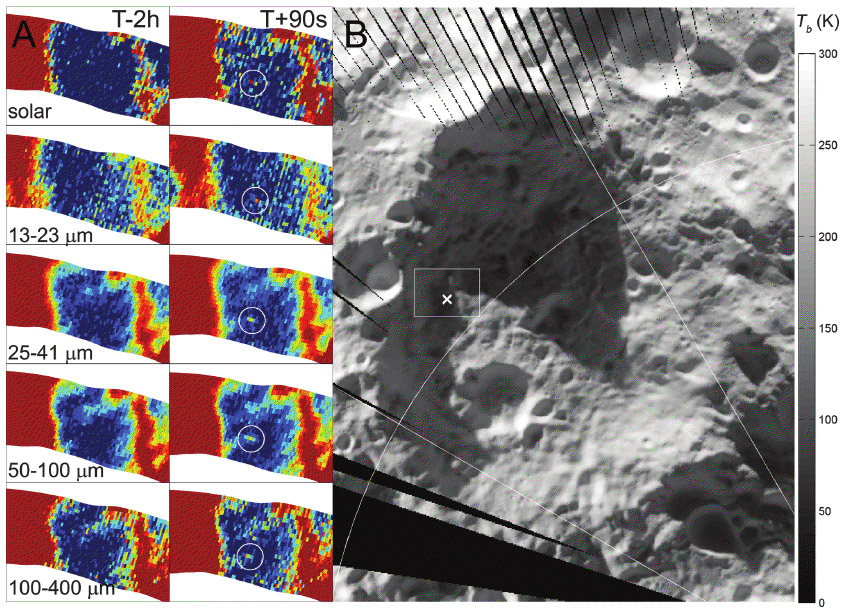 image of Cabeus crater from Hayne and colleagues, Science, 22 Oct, 2010

The latest issue of Science magazine (with a great cover) has six articles about the discoveries from the impact of LCROSS with the Moon, 12 months ago. This illustration from an article about DIVINER detection of the thermal anomaly (left hand color column is 2 hrs before the impact; the right side is 90 seconds after) shows the strongest signal in the 50-100 micron channel. From analysis of all the data the DIVINER team deduced that the impact raised the temperature of a few hundred square meters of the surface to nearly1000 kelvin, releasing about 400 kg of water. This is vastly more than the zero amount previously thought to exist on the Moon, but it is still a small amount, about 6% by mass of the top few meters of the soil in the darkly shadowed impact point. The distribution of ice is confusingly spotty, with none in some very cold places, but strangely, hydrogen also was found in places that receive some sunshine. One investigator said that we may never figure it out until we go there.


Yesterday's LPOD: How Long the Flows?