How Big is the Moon? 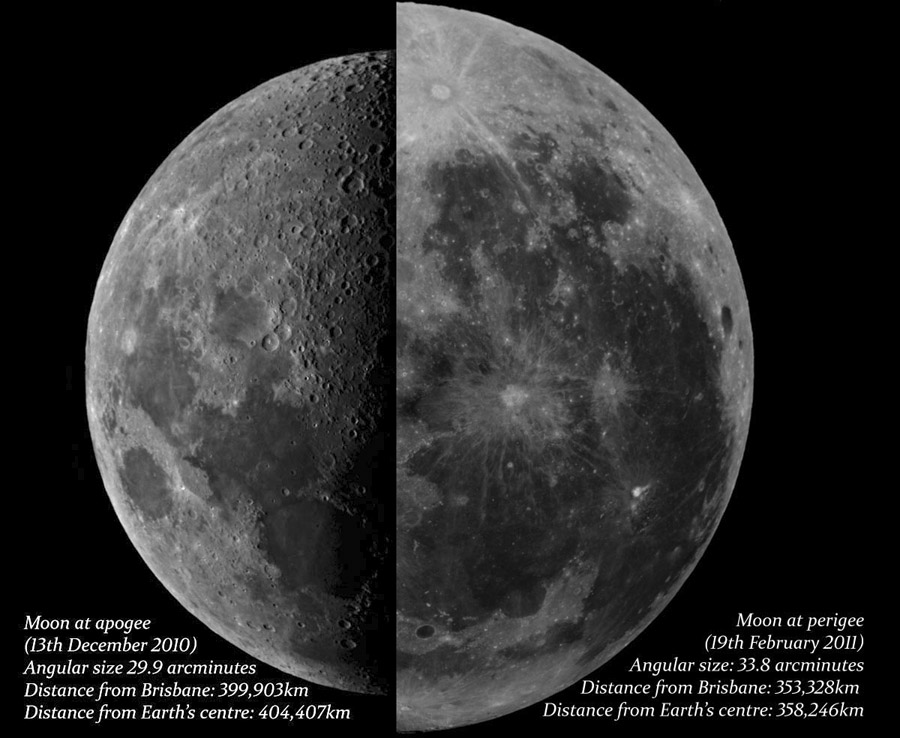 I was wrong. Tom's email said that he captured images of the Moon at perigee and apogee with the same telescope setup so the images represent the true size difference. But anyone can see that something went wrong because the per-apo difference isn't as large as shown here. So I measured the diameters of the two images, the smaller is 88% of the larger. And if you check the size in arc minutes, 29.9 and 33.8, you will see that ---- oops, that ratio is also 88%. My eyes deceived me, I thought the difference in size was a lot more than 12%. Did you consider the sizes before reading this far? Were you deceived, or was it just me? I would say that my error indicates how hard it is to make accurate eyeball estimates of relative sizes. And perhaps positions too. If so, that would help explain why sketches of the lunar surface, often beautiful and evocative, are unreliable. The Selenographical Journal and similar reports from the 1880s are full of observers saying that features are bigger or smaller or otherwise changed compared to some earlier drawing. The drawings probably did differ, but the Moon almost certainly did not change.