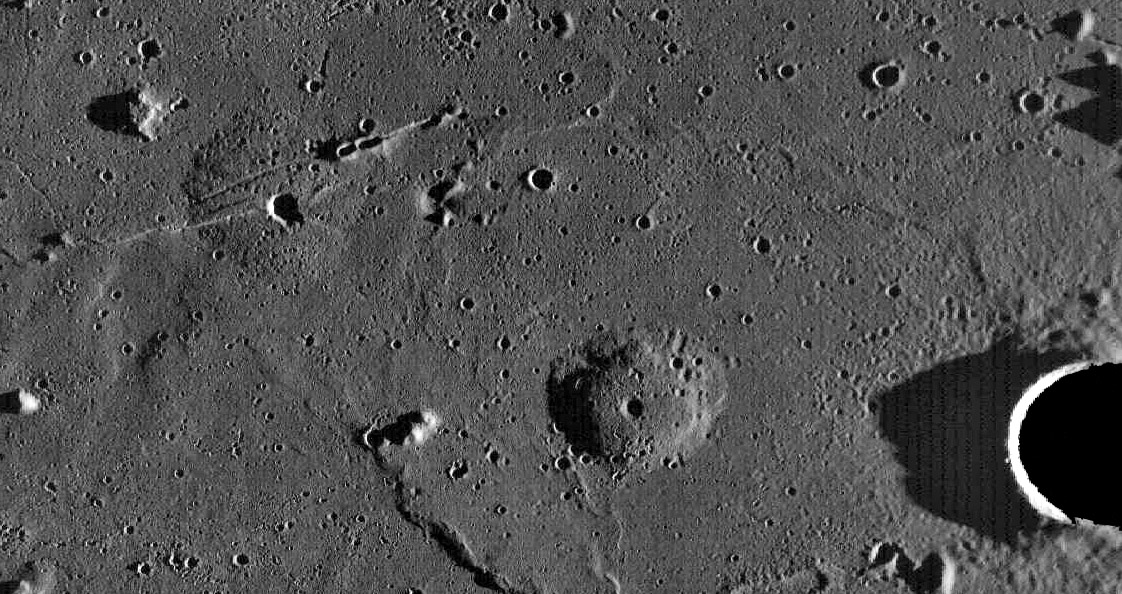 Milichius (bottom right) is a standard small impact crater 12 km in diameter, but it has been a valuable guidepost for the nearby prominent - at least as much as they can be - dome. Named Milichius Pi on the System of Lunar Craters charts, this feature has been known at least since 1931 when Elger called it a dome. It was one of the early features studied by the Geologic Lunar Research group who labelled it M12 and found it to be 9.7 km in diameter and about 230 m high. It has a very common dome shape, a flattened plateau surrounded by acarp (but still a relatively low slope), with a rimless crater on top. To the upper left is another common type of dome. This seems to have a more gentle continuous slope and less flattening across the top. Possibly it too is circled by a scarp, but if so it has been covered by what appears to be subsequent lava flows. This dome is crossed by a rille which has two or three volcanic cones at its northern end. GLR also studied the largest cone, which they call MC1, and found it to be 1.8 km wide and 61 m high. These cones probably formed by a slight escape of magma from the underlying dike that wedged apart this piece of crust, causing the rille to form.
Chuck Wood