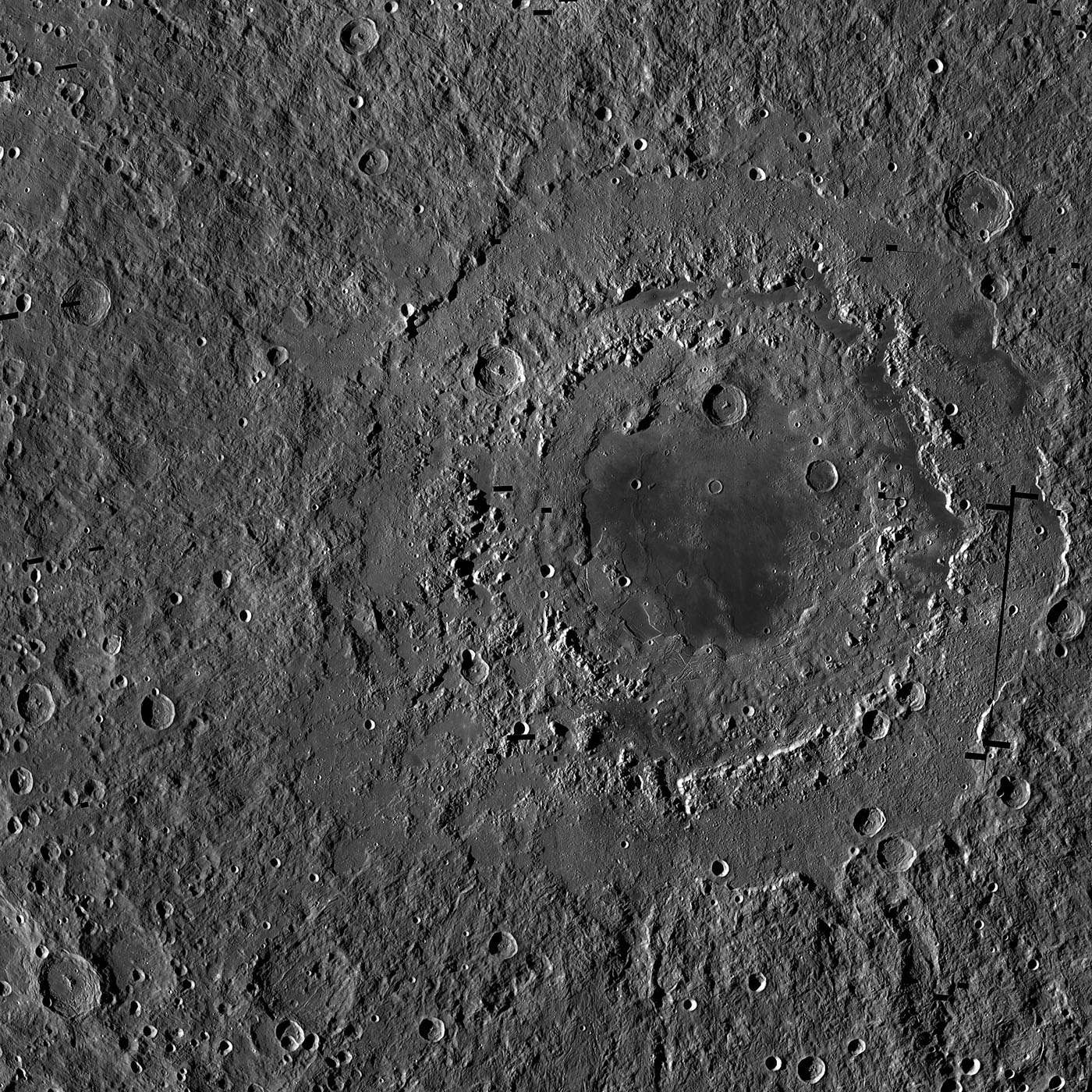 The image was labeled "thumb" suggesting that it is a thumbnail for the big image! This mosaic was made from LRO Wide Area Camera images and it is the best every view of Orientale. The full resolution image is even better, and of course bigger, but hugely worth exploring. There are many fresh discoveries waiting, including dark halo craters on the mare patches - so what is under the mare, pyroclastics?, short and strange sinuous rille segments - are they in impact melt or lavas?, and swells but no domes. The WAC view is especially informative about the western half of the basin (because we've never seen it so well before). The large irregularity of the SW part of the rim suggests that there could be a small older basin underlying it, or perhaps it resulted from an oblique impact. The area just beyond the N and NW rim has been plastered with impact melt, presumably, full of bouldery debris, and similar to the material just inside the rim. After being mesmerized by the thumbnail, get comfortably seated and prepare to explore new terrain in great detail. At some time hopefully, the entire Moon will be covered by images of this quality and a new world will be available. Too bad America doesn't think it is worth revisiting.

Big Note, repeated from yesterday
Would you like to participate in a mentored exploration of MoonWorld? If so, email Lisa McFarland (lisamc@cet.edu) for details and to schedule your mentored mission at least one week in advance. Missions can include up to four (4) team members. If you do not register with a team of four, CET may place you on a mission team.