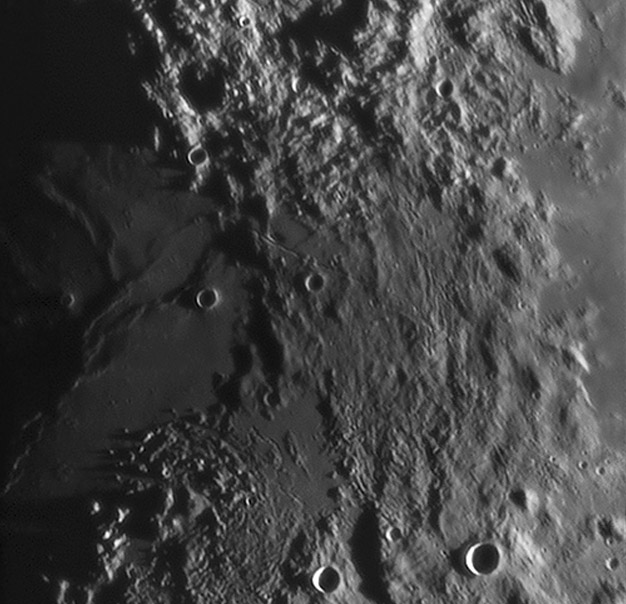 Scientists have confidently stated for 40 years that the Moon is bone dry. That conclusion was based on repeated laboratory determinations that the Apollo samples did not include hydrous minerals - rocks containing water in their crystal structure. That observation was consistent with the concept of a magma ocean - the melting of either the entire Moon or the top few hundred kilometers of it - soon after it formed. The great heat would have led to the evaporation of any water and its escape to space. Now, with scientific instruments many times more sensitive than those available during the Apollo era, structural water has been identified in those same Apollo samples. A new report details measurements of hydroxyl in three different types of lunar rocks. There are various uncertainties but the source regions of lunar basalts almost certainly contained water at the parts per million level. This is hundreds of times more than previously thought likely, but still orders of magnitude less than in the Earth. The recognition of water in source regions may change our understanding of lunar magmatism but it does not mean that surface features were carved by running water. Sinuous rilles are still best explained by flows of low viscosity lavas, as observed on Earth. There is little evidence yet if explosive eruptions that deposited lunar pyroclastic deposits such as those seen here near the Bode Rille were driven by water (but at least one pyroclastic sample contained water). What will we learn in the next few years?

Technical Details
This is an enlarged excerpt from the LPOD of Aug. 12, 2007. Imaging details are found there.
Big Note Would you like to participate in a mentored exploration of MoonWorld? If so, email Lisa McFarland (lisamc@cet.edu) for details and to schedule your mentored mission at least one week in advance. Missions can include up to four (4) team members. If you do not register with a team of four, CET may place you on a mission team.