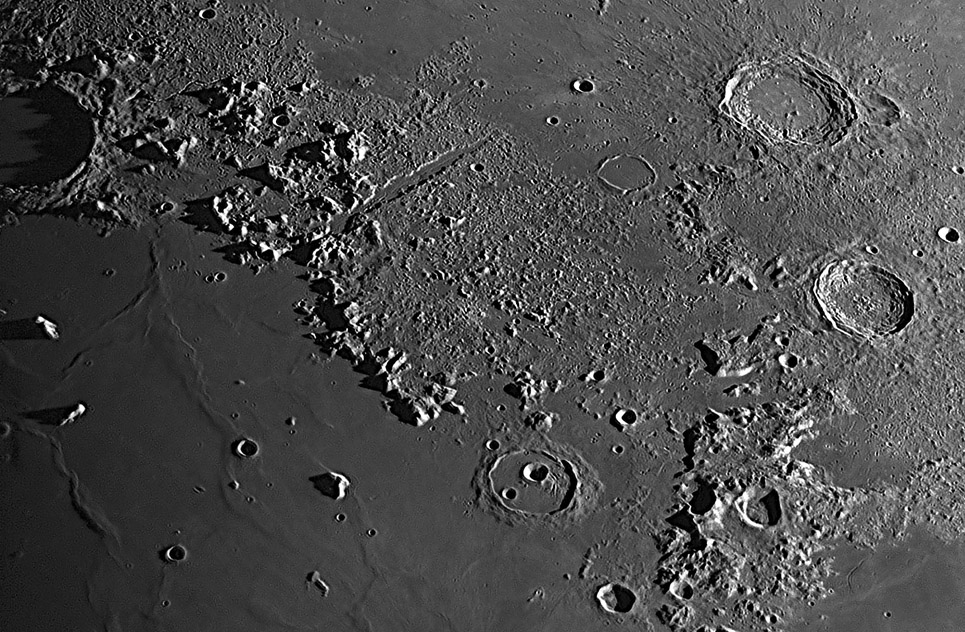 Fifty years ago, just before the race to the Moon began, there were no pictures of the Moon as good as Jordi's. Yes, the Lick 36" and the Mt. Wilson 100" telescopes had captured some amazing images, but they did not have the resolution often reached now by amateurs in their backyards. The understanding of lunar processes had achieved the foundation of the modern view - due to one book by Ralph Baldwin - but few scientists studied the Moon, and incorrect ideas of earnest amateurs such as H.P. Wilkins seemed just as valid. When we set off to reach the Moon our knowledge and understanding of it were as primitive as the the rockets we hoped would get us there. All that started to change 50 years ago tomorrow.

Tomorrow's LPOD: "I Believe We Should Go To the Moon"