"I Believe We Should Go To the Moon" 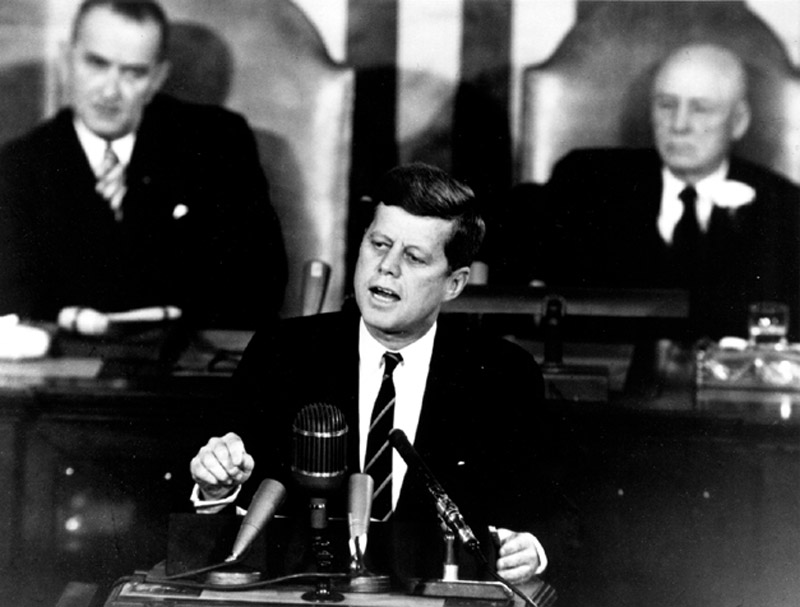 Fifty years ago today President John Kennedy spoke to a joint session of Congress about the cold war, the economy and other urgent issues, but the one that is historically remembered is the proposal to land a man on the Moon by the end of the decade. Kennedy asked Congress for funds for improved rockets and a lunar spacecraft (and also nuclear rockets). The funding led to new space technologies but also to an explosion of scientific investigations to understand the Moon. Gerard Kuiper was funded to create photographic atlases of the Moon and catalog its craters. Gene Shoemaker and the US Geologic Survey Astrogeology group mapped the Moon and studied the impact and volcanic processes that formed craters and emplaced lava flows. Geochemists invented new instruments that were superior to existing ones and were tested by analyzing unique, newly fallen meteorites. Apollo probably provided more concentrated funding for one scientific discipline than any time since the Manhattan Project (except for medical research). And it was the failure of the Bay of Pigs invasion, among other things, that drove Kennedy to decide to send a man to the Moon. All political failures should have such stupendous recoveries.