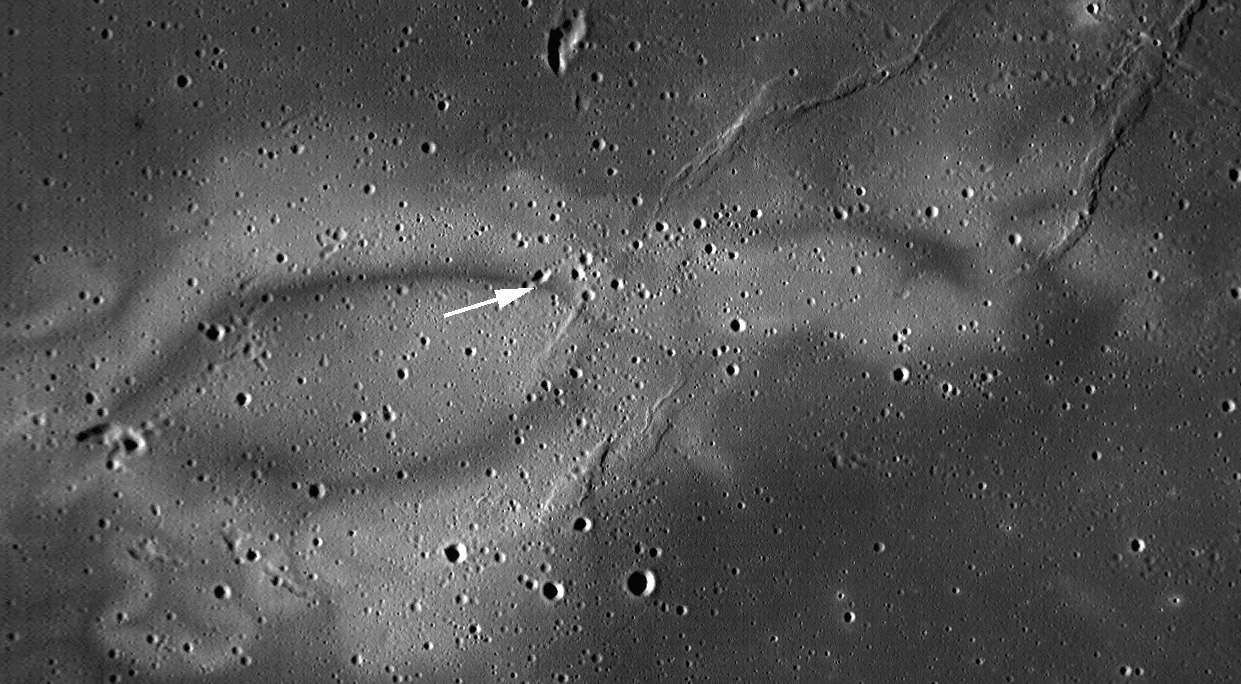 The Reiner Gamma fish-shaped stain on Oceanus Procellarum is here seen with the Lunar Reconnaissance Orbiter's Wide Angle Camera, perhaps the most useful imager every flown to the Moon. With reasonable Sun angle, good contrast and high resolution the relation between the albedo markings and the mare ridges is well displayed. Although the rilles at bottom center falls along the bright curve of the bottom of the fish, the fact that other ridges above and to the right cut across the markings suggest that the ridges are casually unrelated to Reiner Gamma. One thing that surprisingly does look related is the number and size of impact craters. I haven't counted any, but it looks like all but a handful of the larger craters fall within the albedo feature. Some of these craters may be secondaries - the line of craters pointed to by the arrow, for example - in which case the apparent access would have no significance. But if there really are more or bigger craters on the bright area than on the mare outside the feature - for example at bottom right - that would be totally unexpected. The bright area of Reiner Gamma is most widely interpreted as a normal area of mare basalt that was protected from the darkening of space weathering by the strong coincident magnetic field. In this reasonable interpretation the swirls and curls of the bright material map out the magnetic field lines. There is absolutely no reason that this part of the mare surface should have more primary impact craters, but it seems to. "Seems" is not good enough for science, someone needs to conduct an accurate crater count to see what reality is. The full image shows more of the adjacent dark area, providing more craters to count. and thus improved statistics.


Yesterday's LPOD: Remnant of a Ring