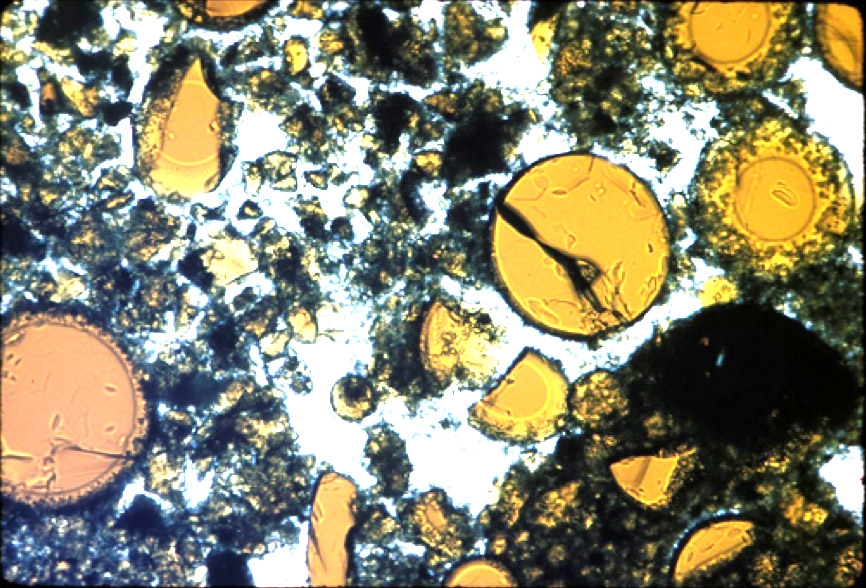 Were we wrong? Analysis of the very first lunar samples from Apollo 11 failed to find any water and no minerals that had been exposed to water. The conclusion that held for 40 years has been that the Moon was bone-dry - it is in all the text books, and was consistent with all the evidence. But in the last few years geochemists have reported evidence of water in multiple lunar samples. The most recent is an article by Erik Hauri and colleagues that demonstrates that crystals within the famous orange glass collected in Apollo 17 high titanium lavas contain tiny inclusion of volcanic melt with water. The new analyses show water abundances comparable to those in magmas coming from the Earth's upper mantle. This result is not doubted because modern analytical instruments are far more sensitive than those of Apollo times. But it is a confusing result because strong evidence supports the idea that the Moon formed from debris from an ancient impact onto the early Earth. The heat of that collision is thought to have caused water and other gases in the material that formed the Moon to have been lost to space. Hence the bone-dry Moon. It is quite likely that models of such a gigantic collision and the reassembly of debris to form the Moon are too simplified. But there is no evidence for water altering most lunar minerals or for water playing a role in lunar geologic processes. Sinuous rilles were not carved by running water, and it still seems unlikely that water causes any transient lunar phenomena. No one should question science because new results differ from old ones. That is in fact the scientific process in action. Science is the only self-correcting human endeavor.