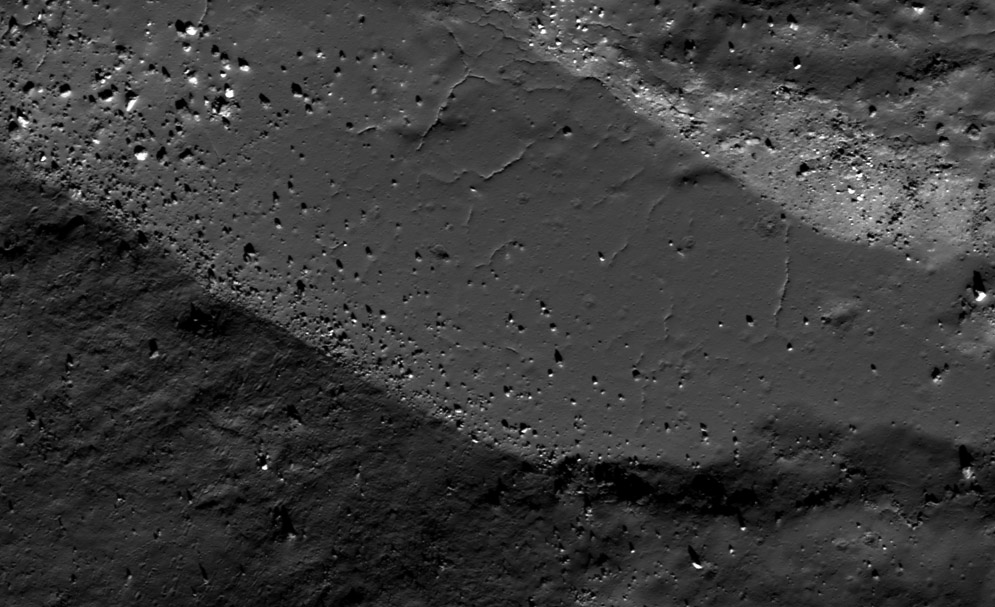 You have probably observed the north polar crater Thales with its bright rays indicating an oblique impact. Now LRO has captured wonderful images of a smooth gray impact melt filling a low spot on the floor. The melt is riven by roughly linear features interpreted by the LRO team as cooling fractures. They may be, but the one on the right seems to contain a series of collapse depression similar to some sinuous rilles. I wonder if the melt flowed in channels before it cooled? Subsequent to the cooling, bright boulders tumbled down the adjacent (left) slope littering the surface. Few fresh impact craters are visible suggesting a young age, but there are many saucer-like depressions like those on the floor of Ptolemaeus. Normally these depressions would be interpreted as pre-existing impact craters that were covered by a thin layer of flowing material. But the "pre-existing" craters would have to have formed in a very short time interval between formation of the crater floor and when the melt splashed back onto the floor. This seems unlikely, so perhaps (speculation alert) the saucers are normal impact craters (or ejecta fallback pits) that happened before the melt thoroughly cooled. What do you think?