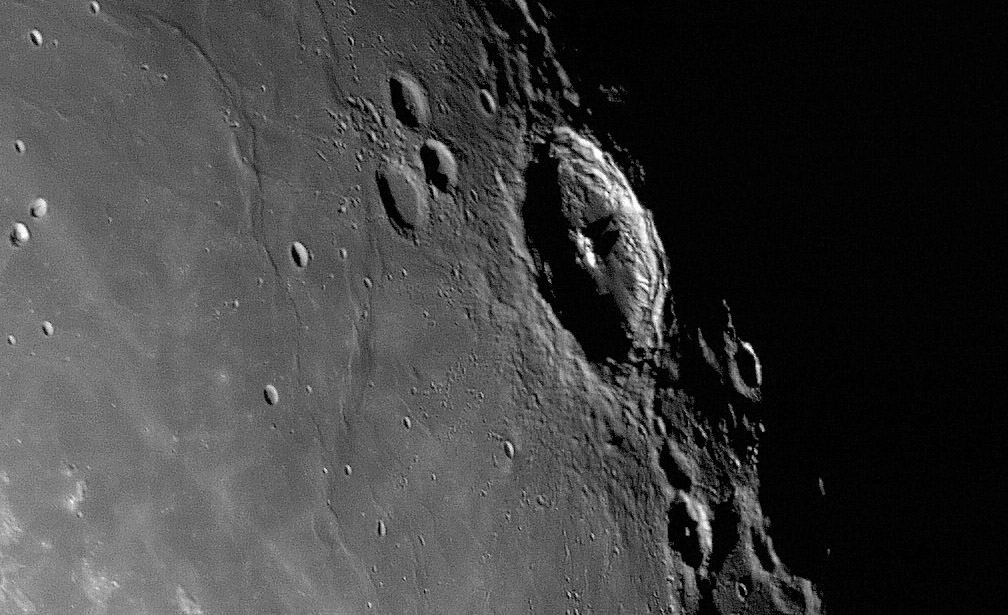 Why do impact craters so often have twin central peaks? From theory, nuclear bomb craters, and geology of terrestrial impact craters we understand that central peaks form by the rebound of a impact-generated pressure wave that lifts up buried strata. Ideally, I would imagine that the rebound is like a set of concentric circles, each inner one representing increasing intensity of uplift, with the center doming from the deepest depth and being most intensely shocked. I picture the peak as being a conical mountain with one summit. But the shadow inside Langrenus shows that it has two closely spaced peaks. Other examples are Carpenter. In fact, many craters deviate from the ideal conical mountain mass. Many peaks are not centered in the crater, and sometimes there is more a field of hills than a massive rebounded peak. I suppose that local conditions of target rocks and the obliquity of impact affect the size, shape and location of central peaks, but those details have not been closely investigated.