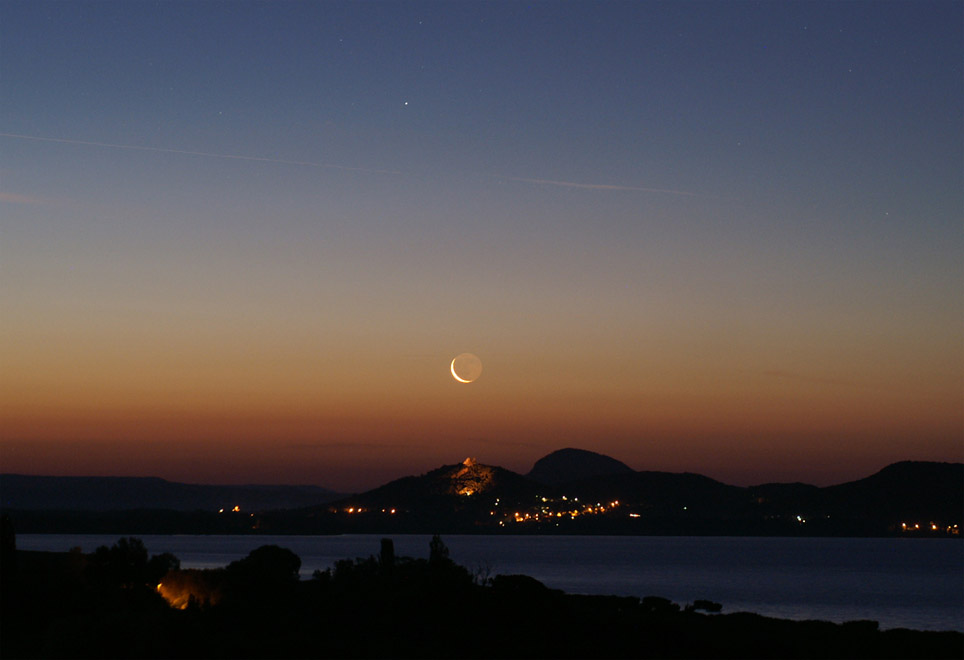 The attached picture was taken from Balatongyörök, Hungary. The Moon rose beside the small hill with the illuminated castle ruin on its top. Moon was still 42 hours from New, so the crescent was bright and also a beautiful Earthshine was observable almost until sunrise. The castle is Szigliget Castle, a 750 years old fortress that was ruined by a lightning strike exploding its gunpowder stocks about 300 years ago. The neighbouring hills are extinct volcanoes - since 3 million years - with some vineyards on their slopes. Moonrise was stunning with this beautiful landscape!