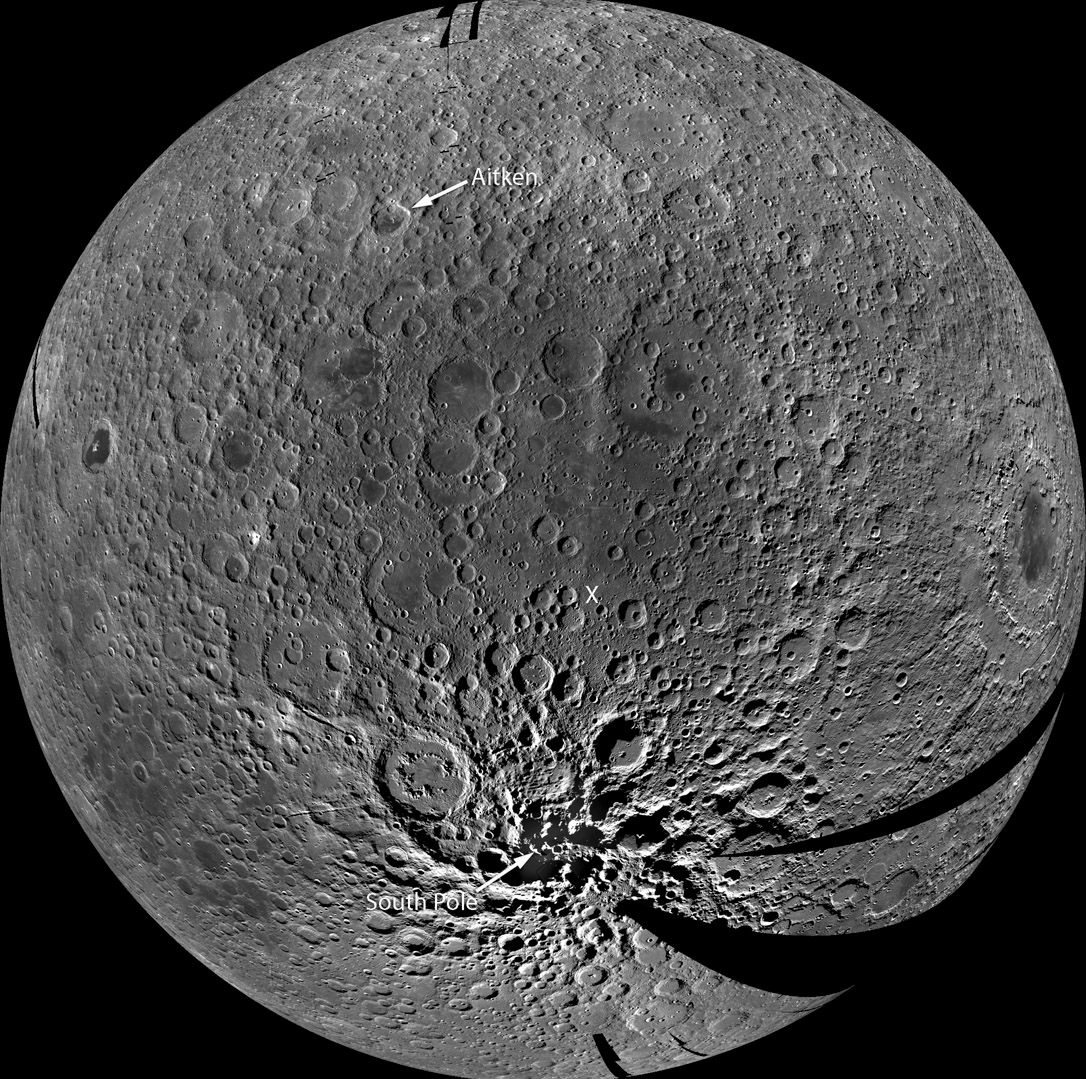 Inconspicuously placed as a number two image in an LROC Featured Image page is this portent of maps to come. This is a phenomenal mosaic of WAC - Wide Angle Camera - images centered on the farside's South Pole-Aitken Basin. I don't know how many images were necessary to stitch together this mosaic but their illumination was consistent enough that similar views occur nearly everywhere. This is the most homogeneous image map of the farside in existence. And although the resolution has been significantly reduced from normal WAC standards there is still enough here to usefully depict morphological features. Interestingly, the various segments of the SPA rim are less conspicuous here than in altimetry maps. But some pieces do attract attention - for example, the large massif just above Bailly (cut by the black, missing data gore at bottom right). Other large blocks can be seen near the pole. Another, more subtle basin rim is visible as an arc to the right of the first massif. That is the southern rim of the often overlooked Mendel-Rydberg Basin. Keep looking, for here is a new world here to carefully explore.