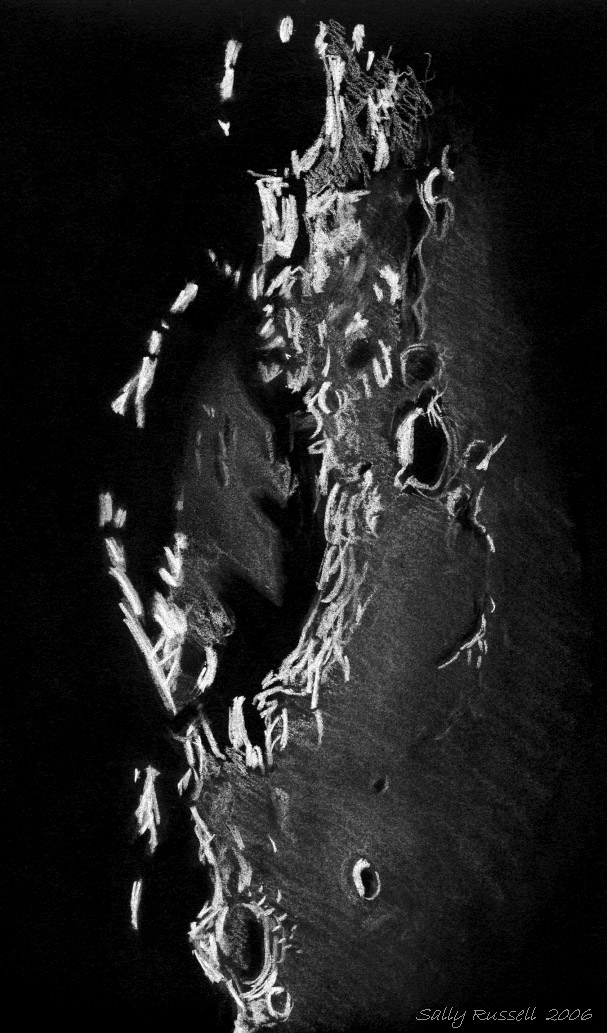 The evening of 2nd November 2006 presented an opportunity to capture in a sketch local sunrise over crater Schickard and environs (in the south-western region). I was particularly struck by the length of the shadows being cast across the floor of this huge (227 km) crater, and had to work quickly to record the view as it was changing rapidly at this image scale. Due south of Schickard the western walls of crater Nasmyth (77 km) are just catching the first rays of morning sunlight, while smaller Nasmyth C, just to the south-east, is already fully lit. Crater Drebbel (30 km), east of Schickard, appears dramatically dark and deep under these oblique lighting conditions. Directly north of Schickard the eastern curve of the eroded crater Lehmann (53 km) is evident, yet the seemingly rather more dramatic crater still further north (uppermost in this image) is both unnamed and indistinct in most lunar atlases, thus illustrating the power of early morning sunlight to make low topography appear perhaps slightly more dramatic than it actually is!