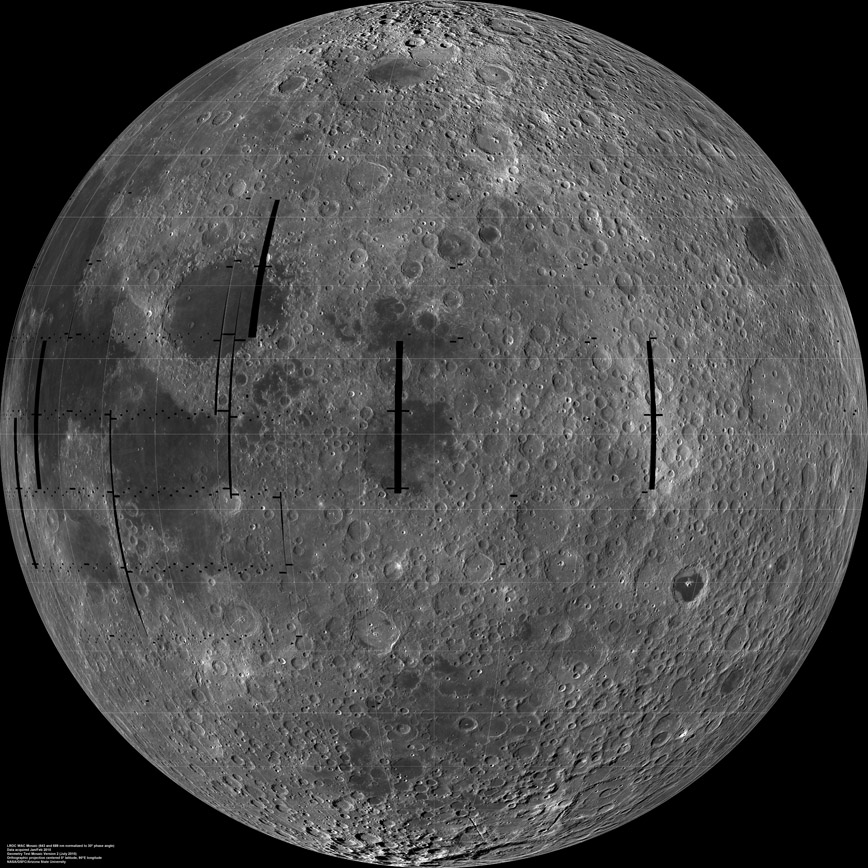 I just committed a crime. I shrunk the new Lunar Reconnaissance Orbiter Wide Angle Camera mosaic of the eastern hemisphere down to 10% of its available size. I had good motives - that is what all the not yet hardened criminals say - for I wanted to make a fast-loading, screen-fitting version for today's LPOD. But in the process the glory of seeing half of the farside as no one has ever seen it before - in a high quality, fairly constant illumination image - was reduced to just, Oh, that is great! But even at this scale you can trace the wispy rays from Giordano Bruno to Mare Crisium, notice the odd brightness north of Tsiolkovskiy, and recognize the oddity of the large expanse of Mare Moscoviense in the crater-pocked northern hemisphere of the farside. This map - when the missing gores are filled in - will become a standard reference for the eastern side of the Moon. Or maybe not. This map is just the WAC images collected in January and February of 2010. It only takes about 4 weeks to collect WAC images of the entire Moon and each cycle has a different illumination angle, so there may be multiple lunar mosaics, each with different shadows. But don't worry about future maps, go download this 75 MB tiff file now.