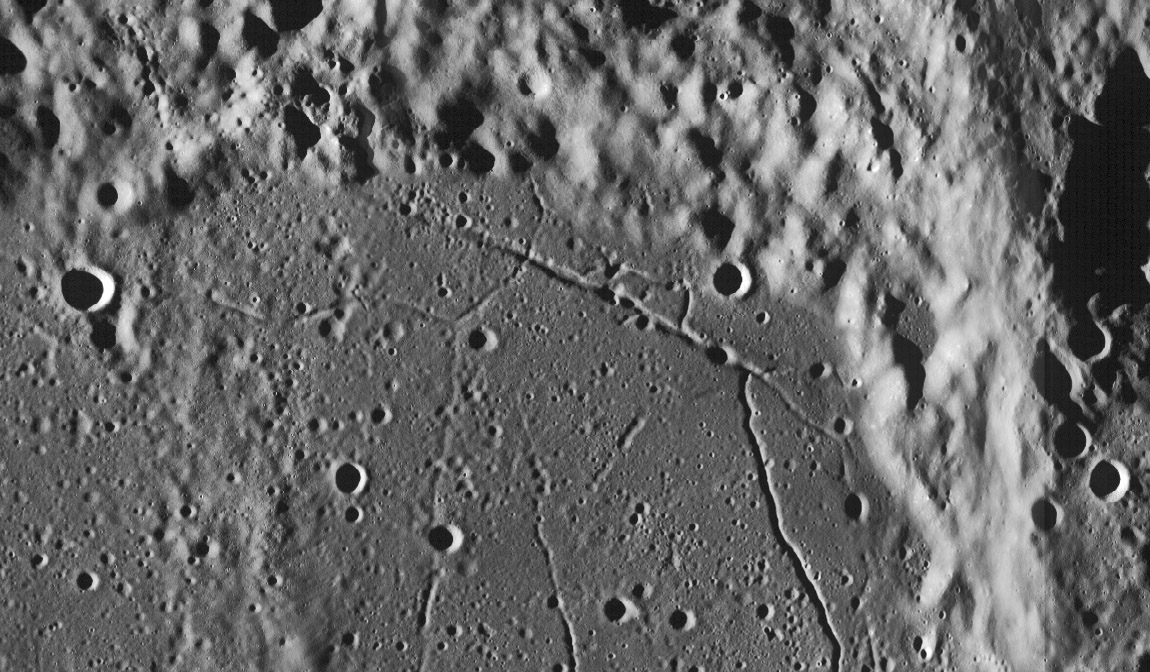 With only a corner showing can you recognize this famous feature? The field of view is about 60 km, and the crater's floor is full of rilles. It is fitting that one of the first lunar areas photographed in high resolution at the beginning of the space age is now seen in great detail by the most recent probe. One thing I had never noticed before are the shallow depressions on the floor - one is just below the sharp crater near bottom center, but there are a dozen or so more. These mini-saucers (compared to larger ones in Ptolemaeus) are probably normal impact craters that formed on a previous level of the crater floor and were covered by subsequent lava flows or basin ejecta - very thin layers or the pits would be covered entirely. Also note the secondary crater clusters and chains, including the younger one on the rim at top left - I wonder what it's source crater is?