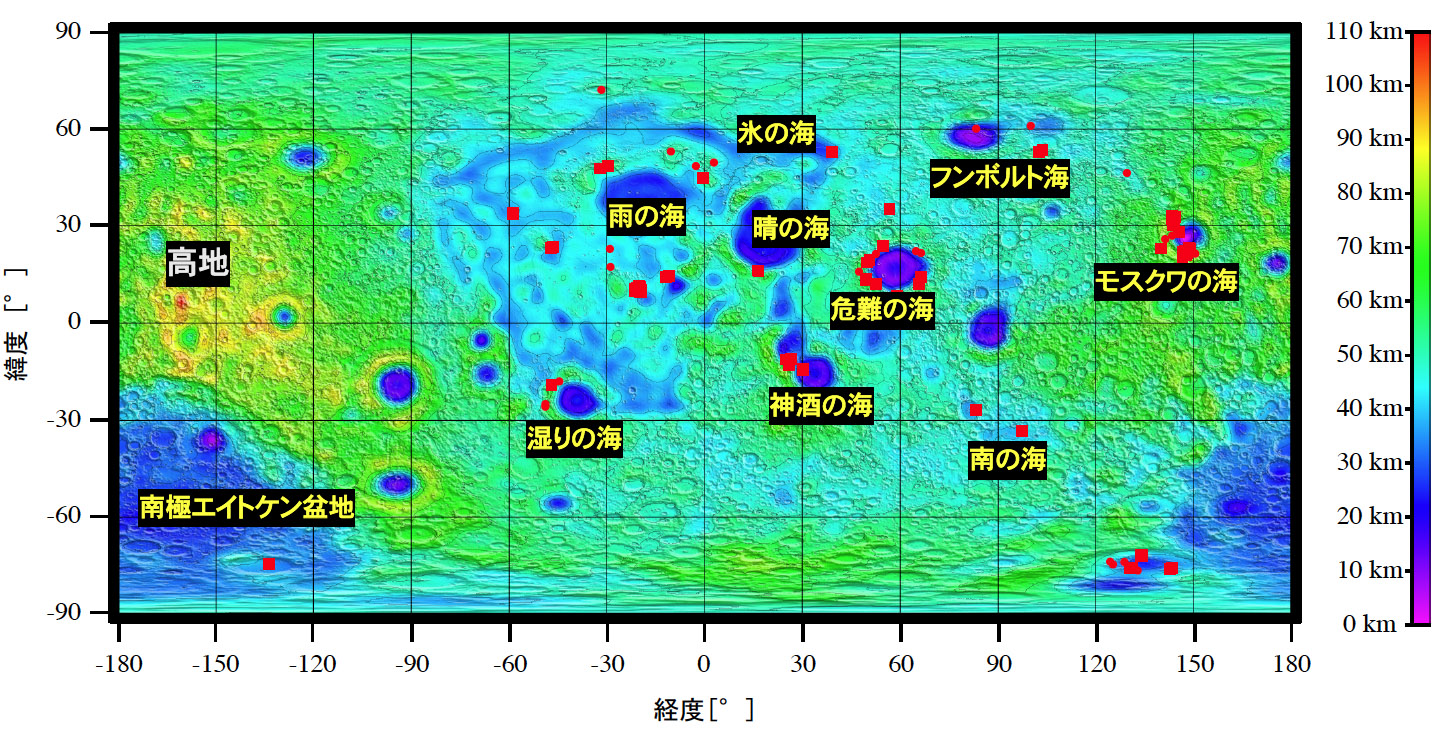 Brush up your Japanese! This colorful image demonstrates that the Moon doesn't just below to LRO. The scientists with the Japanese Kaguya project are still making major discoveries from the data collected from that magnificent spacecraft. The red dots on these maps show 31 locations where the Spectral Profiler instrument detected olivine. Olivine is a mineral that occurs on Earth, typically coming up from the lower crust or mantle in volcanic eruptions. Olivine has been detected only rarely on the Moon, principally in Copernicus and Aristarchus. The better sensitivity of the Kaguya spectrometer allowed detection of olivine in many additional places. In their paper Yamamoto and colleagues note that most of the olivines are along the margins of impact basins. They propose that the olivine may be from the lunar mantle, that it was excavated by deep impacts that made the basins, and was deposited near basin rims. The distribution of olivine on the rims of Imbrium, Crisium and Humorum is consistent with that interpretation. But it is intriguing that the olivine associated with farside basins is on their interiors; for the Schrödinger Basin in "b" below it looks like the olivine is restricted to the peak ring. It is surprising that more peak rings do not show olivine, for they bring up deep crustal material. Perhaps we need to look more carefully at the locations of these olivine outcrops. 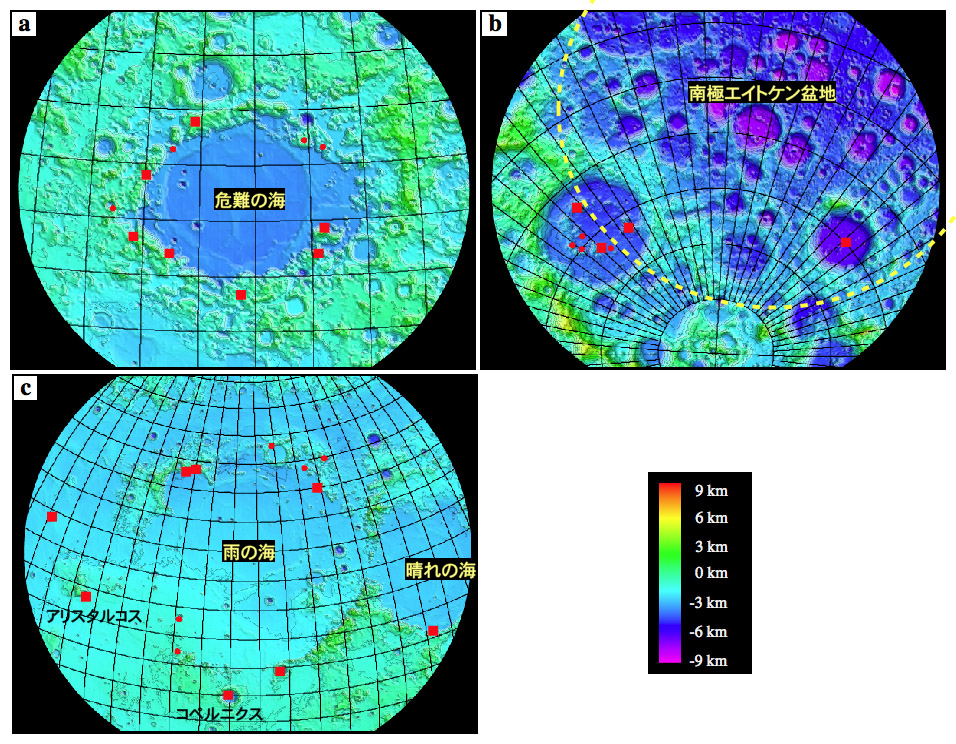