Another Day, Another Limb 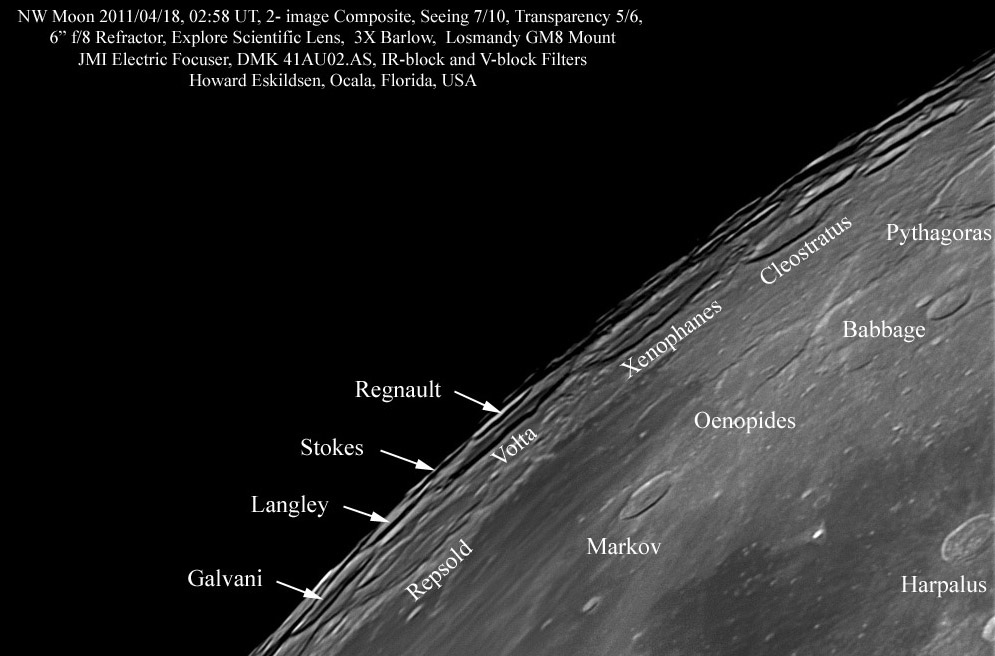 With nearly 2500 LPODs published there are few remaining lunar landscapes that are unfamiliar, but this is one of them. Here the Greeks that festoon the north polar area give way to 19th century scientists such as Volta, Stokes, Langley and Galvani. Sticking them off in this corner is almost like saying they weren't important enough for prime time, but being within a telescopic field of view of Pythagoras puts them in pretty good company. From Earth we can never see the 19th century scientist craters except in profile, but most are older features with old lavas or basin ejecta filling in their floors; Repsold is interesting in being cut by a major rille and numerous smaller ones, and it has a concentric crater. The main rille may be related to regional tectonics but the smaller ones look like they are due to pressures associated with the rise and maybe collapse of Repsold's floor. But you need a spacecraft to see it.