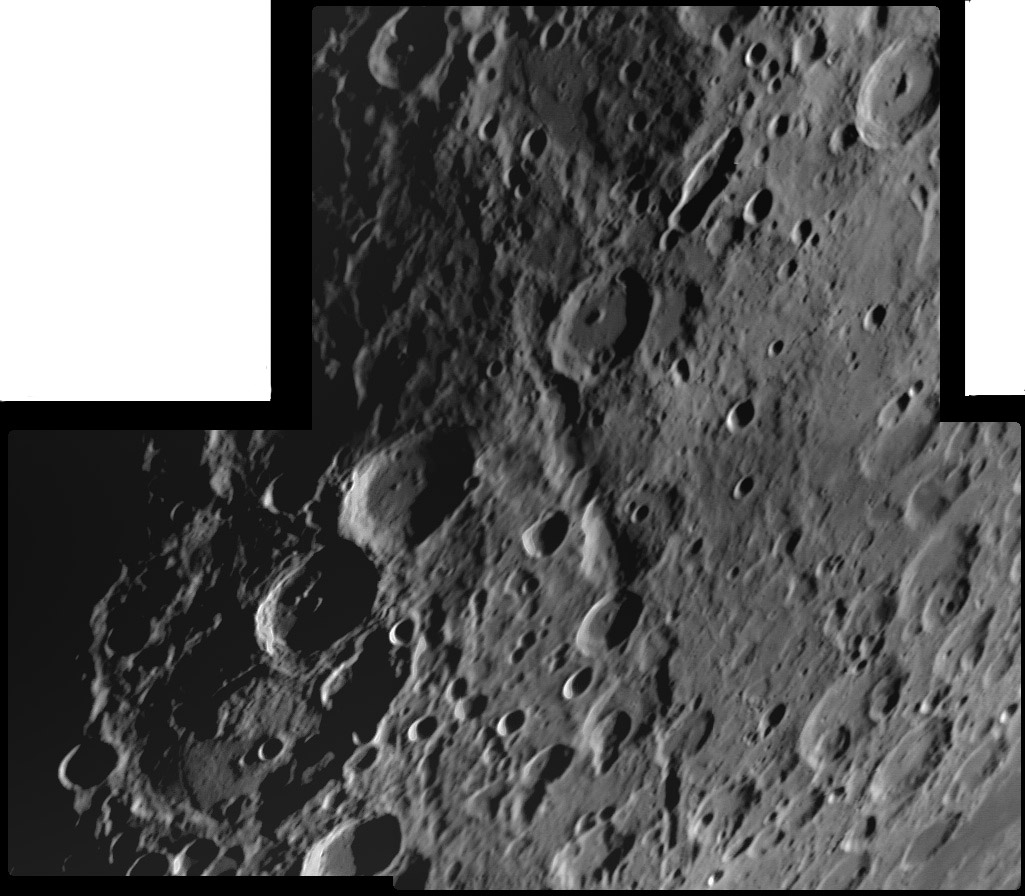 This broadfield image shows many of the classic features of the Nectaris southeast region. Dominating the image is Janssen with Fabricus and Metius on its north. The Rheita Valley extends from Rheita to Mallet, where it bends sharply towards the west. Near the top of the image is The Slot (Rheita E and two other craters) and the Neander fault. And I see two other intrguing things in Rik’s image. In addition to the well-known large mound near the center of Janssen, on the southern part of the floor there is a sharply bounded dome (~30 km wide) that is cut by a rille. I don’t see this in any of the other Janssen images I’ve found. The second unexpected feature is the abrupt smoothing of surface texture at the top right area of the image. The crater Fraunhofer is within this smoother terrain. Interestingly, the smooth area is bounded by an arcuate edge that could be an ancient crater rim, but there is no other evidence for such a crater. Hmm.