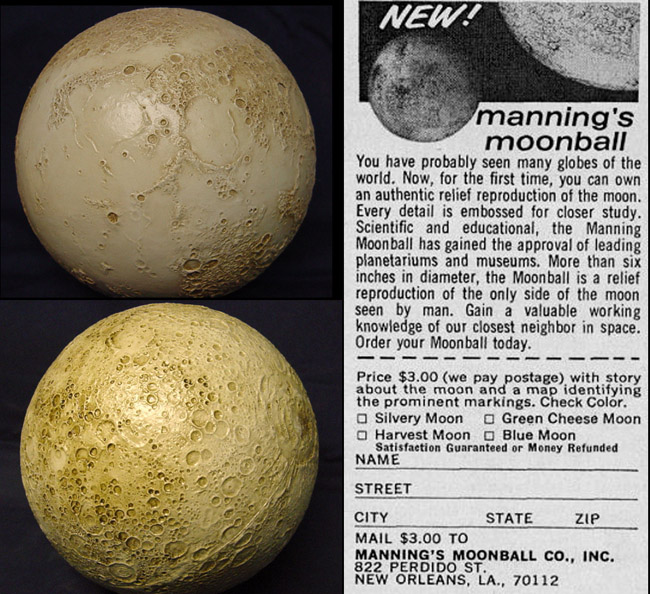 near and farside globe images by Rob Robinson; ad found by Ken Poshedly

More news about the Manning Moon Ball has come from three sources. Ken found a 1967 Boys Life magazine with an ad for the globe, showing that it was still available after the Lunar Orbiter imaged the farside. But according to the ad only the nearside was depicted, although it was available in a selection of colors including "green cheese". Rob has a globe, bought on eBay about 15-20 ears ago, that may be a Manning Moon Ball, but it doesn't have any identification and does show the farside. Further informaiton comes from Rogue Forest, who uncovered a court document discussing Manning's 1966 lawsuit against Time magazine. Manning accused Time of publishing an uncredited photo of one of his globes and one from a company that illegally copied him. The document is mostly about the jurisdiction for the case rather than the infringement of copyright by copying. I wonder if Rob's globe is from the infringer? It is remarkable that information about a publicly available product from only forty-some years ago has disappeared so thoroughly. Perhaps LPOD contributors will uncover more details.