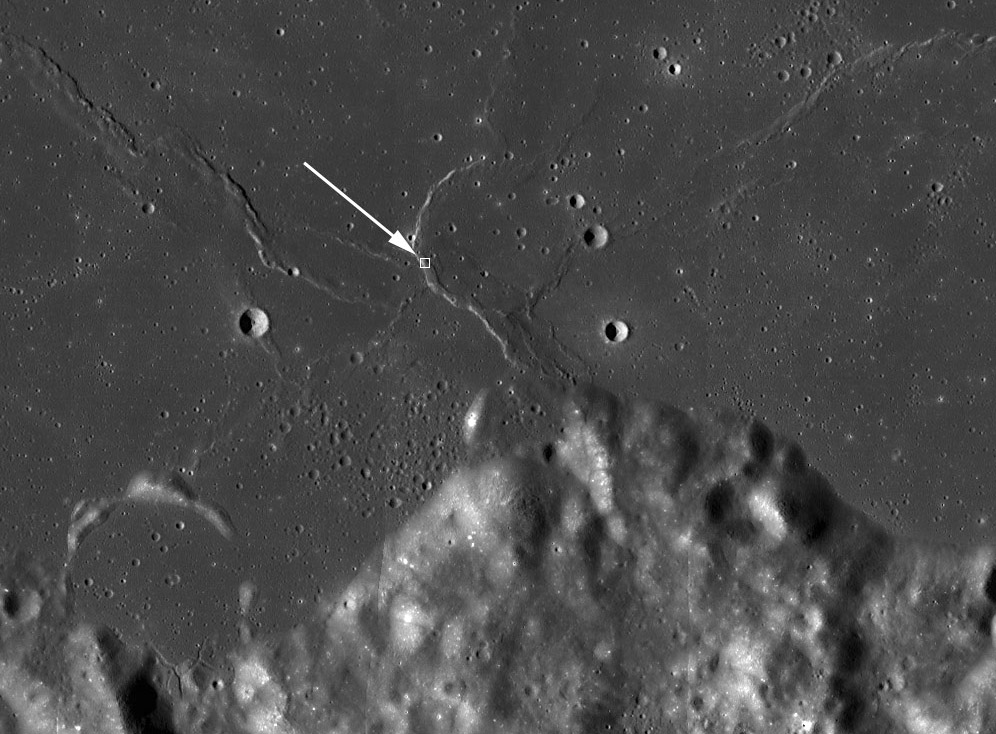 The description the ghost crater (with the arrow pointing to a section of buried rim shown on a companion NAC high resolution image) is 16 km wide. Based on a known relationship between crater diameter and rim height the original crater rim rose about 400 m above the surrounding terrain. Thus, to have buried the crater the lava thickness must be at least that great. One can imagine the lava relentlessly rising up around the crater and finally overtopping the rim and cascading down in fiery lavafalls to flood the crater floor. [I can easily imagine this because I once witnessed a lava flow plunging over the rim of a Hawaiian pit crater.] Mare ridges that define ghost craters are thought to form by deformation of lavas that drape the rims. But notice the similar size ruined crater at bottom left. Its interior was covered by lava, as was one part of its rim. And yet no mare ridge occurs where the rim is totally missing. Perhaps the rim was destroyed and is not draped by lava. It would be interesting to compile a list of examples where craters are tilted in toward the center of maria to see if any rims are transmogrified into mare ridges. Start with Doppelmayer and Hippalus.