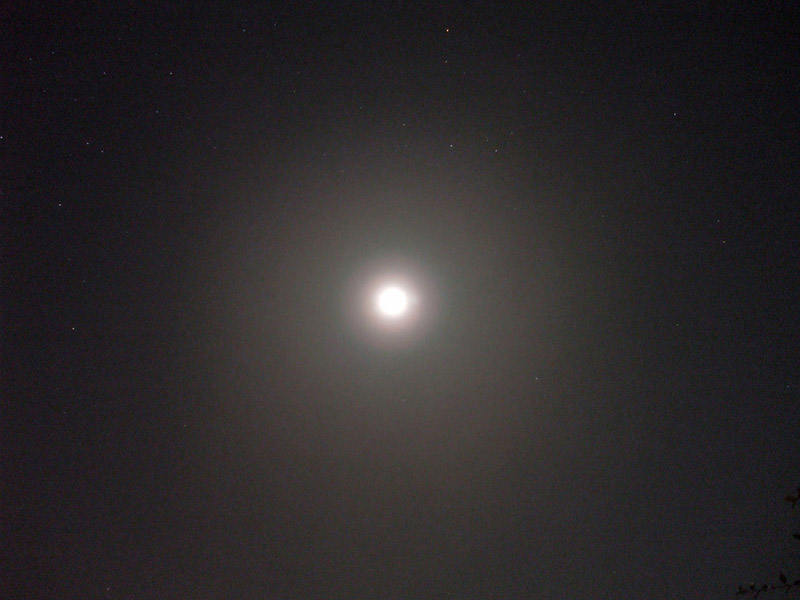 A bright new comet, with a huge halo, was imaged quite near the Earth. In fact, it was at the Moon's orbit. Actually it was the Moon itself, swaddled in a globe-circling haze of volcanic ash and gas. From Maurice's backyard in New Zealand the sky was noticeably hazy, with each bright object surrounded by a halo like a bright nimbus around a fresh impact crater. The volcanao was more than a half a world away - Puyehue in Chile. The ash cloud had snaked across the the South Atlantic and Indian oceans like Chinese dragon dancers, causing air traffic delays and brilliant sunsets. Maurice reports that it has not affected imaging of the Moon, but I would imagine the extra sky brightness makes imaging deep sky obsjects difficult. A so-far smaller eruption from a previously dormant volcano in the horn of Africa has sent a plume northward over Ethiopia and Sudan, heading towards Israel. And the USA, which is falling behind the rest of the world in many ways, now lags in volcanic eruptions. These volcanic plumes may make the long eclipse of the Moon today darker than normal.