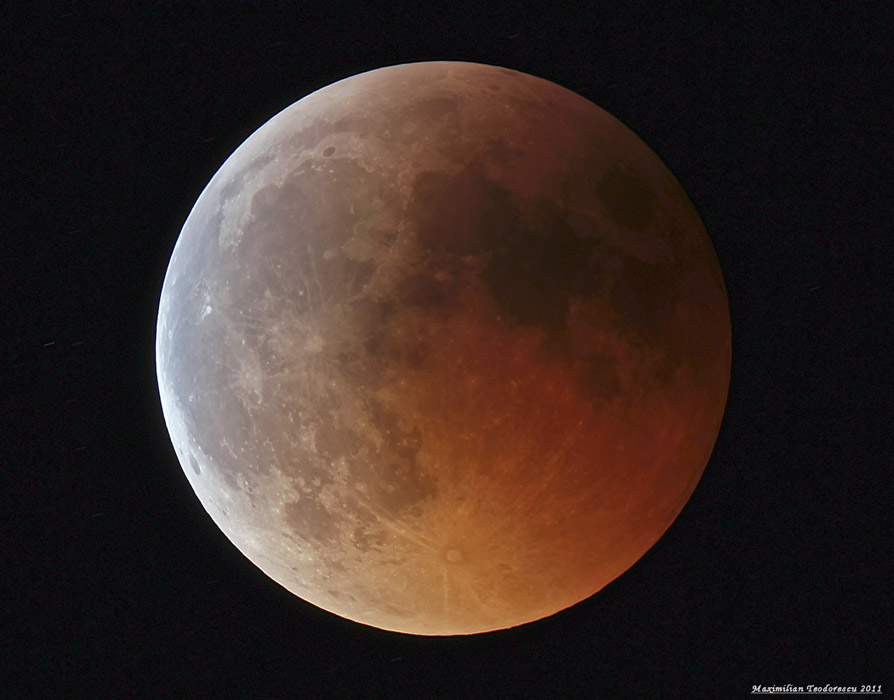 I got a chance today at the Moon eclipse, even if clouds gave me lots of trouble. I'd driven away from a large mass of clouds that eclipsed the total eclipsed Moon. But eventually I found a place from which through a large hole in the clouds I saw the total eclipsed Moon like I didn't remember it before, hanging above the horizon like a large dark red spaceship.

Tomorrow's LPOD: How Dark Was It?