A Corner of Decay 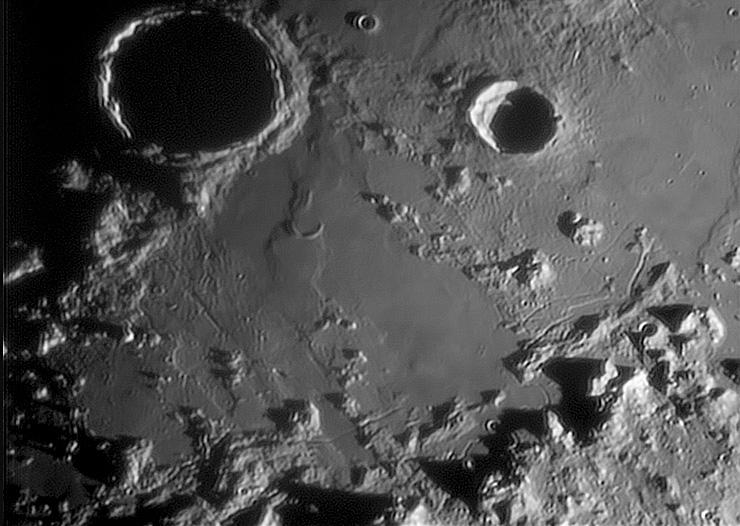 Palus Putredinus doesn’t sound like a place anyone would want to visit, but many lunar geologists would love to land there and in fact the Apollo 15 astronauts did. Rather than being an area of decay this region is a key to the structure of the Imbrium basin and even the evolution of the early Moon. The shadow-filled crater at upper left is Archimedes, and part of the Apennine Mountains – the Imbrium basin rim – makes a diagonal line near bottom right. The smooth mare material is Palus Putredinus itself and the older looking hilly and less smooth area carries the unofficial geologic name of the Apennine Bench Formation (ABF). From samples collected by Apollo 15 astronauts and remote sensing studies we know that the ABF includes a special type of material called KREEP. KREEP is enriched in potassium (K), rare earth elements (REE) and phosphorus (P) and is relatively rare on the Moon – mostly occurring around Imbrium. KREEP seems to have existed at great depth beneath where the Imbrium basin was formed and was distributed in Imbrium ejecta and as volcanism in the ABF. The KREEP component is hypothesized to have formed at the end of the magma ocean – a global melting of the Moon at the end of its formation. As you observe the Hadley Rille – here partially covered by Apennine peak shadows – look around at the less dramatic material that is directly descended from the ancient magma ocean a billion years earlier.