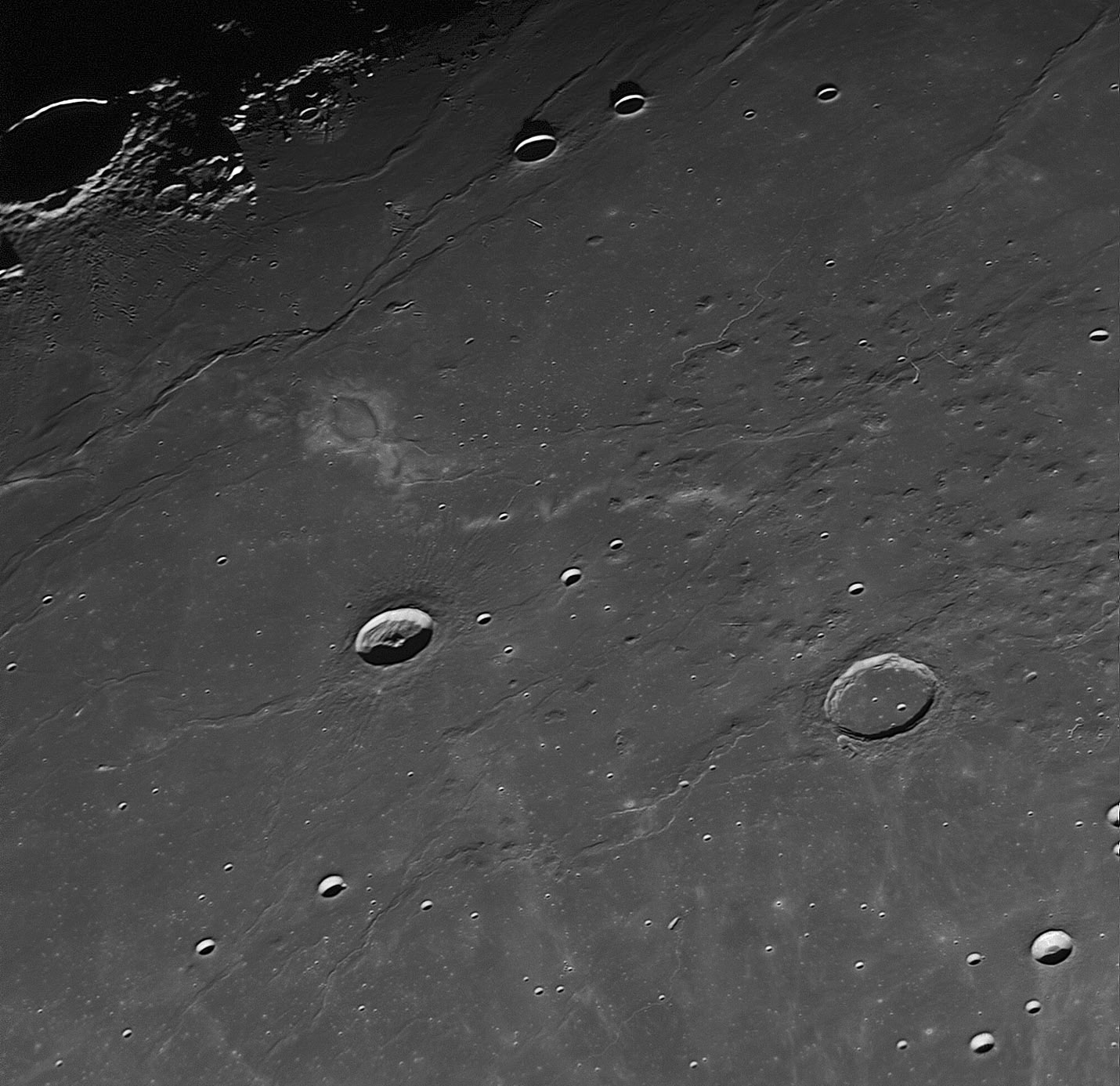 We are all going to have to get bigger monitors (and I pity anyone who views LPOD on a smart phone). Mike's wonderful large image is full of delights, including the five rilles - I bet you can't find them all. Associated with all of these rilles are elongated vents, and other vents lacking rilles are visible north of the head of Reiner Gamma. While in this area, notice the parallel mare ridges that look like frozen waves heading towards a shore along the terminator. The many domes of the Marius Hills are also beautifully depicted, including some with summit collapses. No, its not all these volcanic landforms that delight me it is the crater Reiner. What do you see unusual at Reiner (the big crater near Gamma)? I see that the ridges and gullies of Reiner's continuous ejecta deposit are not equally distributed in all directions. As discussed recently such uneven distribution suggests oblique impact. As I checked for other images to compare I discovered that a year ago another LPOD image led to the same speculation. The only alternative explanation is that lava flows were erupted after the formation of Reiner, covering about half of the continuous ejecta. But there is no particular evidence for that so was Reiner another low to medium angle oblique impact?