Another Corner of Unexpected Features 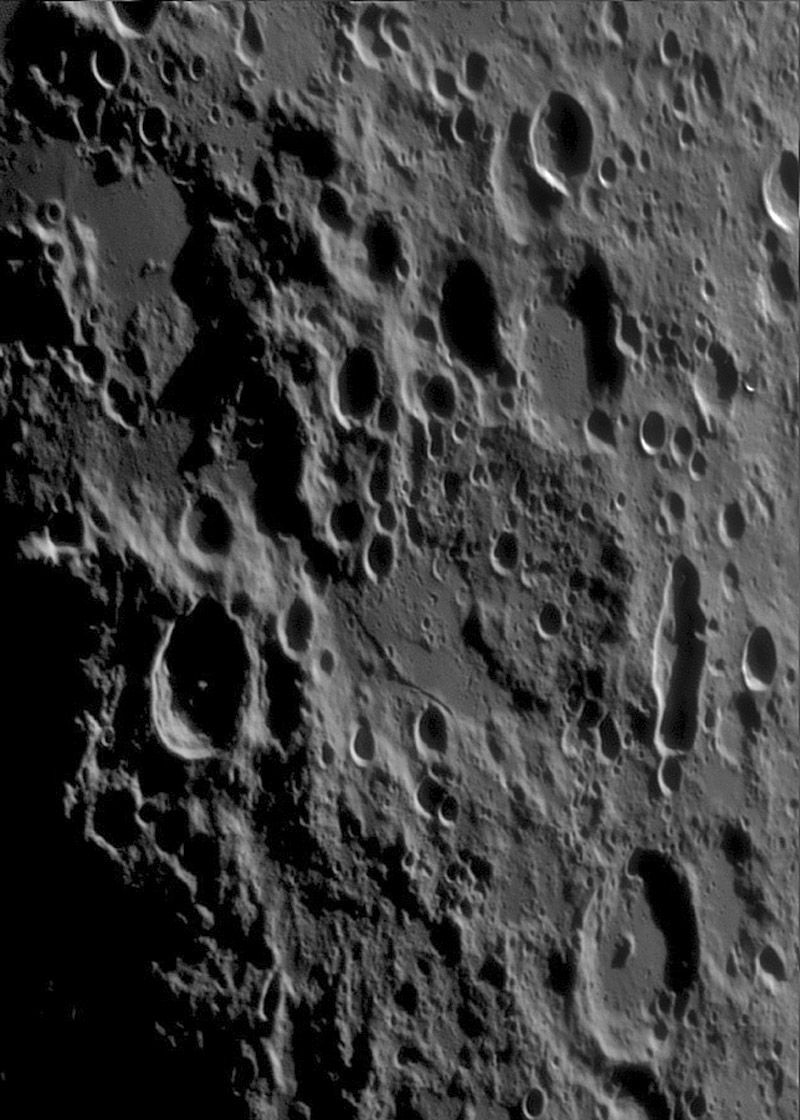 Here's an image of a not-so-often-imaged area. I confess I could even not name the crater during the acquisition. Even after processing, finding the right plate in Rükl atlas was not so easy. The clue is of course the elongated crater Rheita E, middle right. The crater with just the central peak enlighted on the left side is Neander. The one at bottom right is Rheita (with the valley starting under it). But the most puzzling area is between Rheita E and Neander. It appears as a very old, large, battered crater whose arena seems separated in two distinct pieces: a smooth one on the left (west) a a more rugged, craterized one on the right (east). The latter also seems to be higher. Last, but not least, there is what appears as a fault on the left part, not straight but with a bend on the middle. I just could not find its name (not in the Rükl, nor in the Virtual Moon Atlas).

Jocelyn Serot
CAW Comment - This is a great image of an area that is becoming better known through LPOD imagers - see here, here, and here. I see something new here too - notice the delicate saucers in the smooth-floored crater at upper left.

Tomorrow's LPOD: The Videoification of the Moon