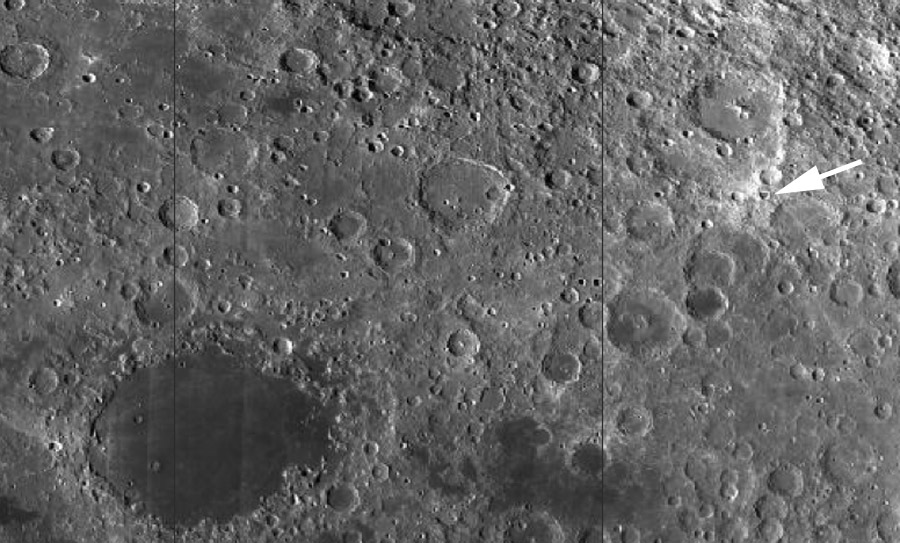 June 18, 1178. That is the date when some English monks reported seeing a bright flash on the northeast edge of the Moon. About 800 years later planetary geologist Jack Hartung proposed that an impact was witnessed, and just around the limb in that region is Giordano Bruno, one of the youngest craters on the Moon. Coincidently, analysis of Moonquake date led to the discovery that the Moon is ringing like a gong that was recently struck and the vibration are slowly weakening. The seismologists suggested a significant impact may have occurred about 1000 years ago. But Paul Wirth, a young scientist previously at the Lunar and Planetary Lab in Tucson theorized that ejecta from a major impact 1000 years ago should have produced an unbelievably dramatic rain of lunar shooting stars, which were not reported by anyone on Earth. Recently, crater counting on Kaguya 10 m resolution images of Giordano Bruno yielded an estimated age for the crater of about 4 million years. But even more recent crater counting on 0.5 m resolution LRO images suggests that some of the craters previously counted to deduce the 4 million year age were secondaries from G. Bruno itself and that the actual age is indeterminate, but could be much younger, even 1000 years. So the physical and observation data support formation 833 years ago, but the lack of a recorded massive meteor shower seems to rule it out. Perhaps theoreticians need to reexamine their models of ejecta distribution from a farside impact, especially one that may have been oblique.

Technical Note
Can Bruno's rays be seen east of Crisium?

Related Links
The best overview of the age of G. Bruno.