So Good It Elicits Philosophy 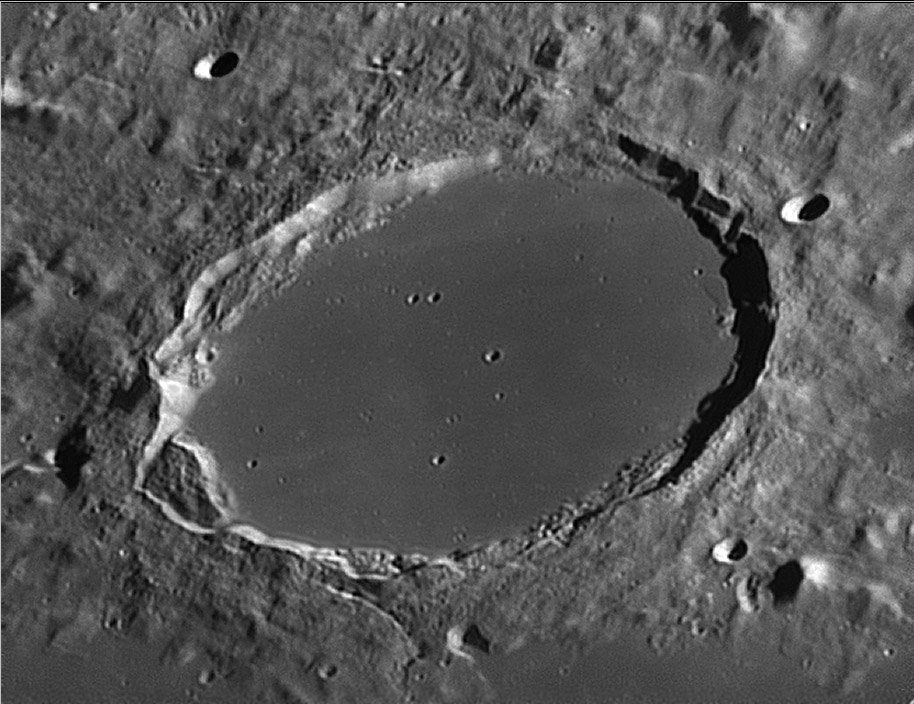 It used to be amazing when a Plato image captured the two largest craters on its floor. Damian's new image contains too many crater pits to count, setting a new definition for jaw-dropping. In the 1800s visual observers argued about the appearance and disappearance of even the largest features inside Plato. If such a definitive image as this had been available 150 years ago, decades of useless debates could have been avoided, and observers might have discovered impact basins and really advanced understanding of lunar history. But technology was not adequate to document the basic occurrence of landforms so that became a controversial research topic. Fifty years ago astronomers and philosophers debated the values for the terms of the Drake Equation that provides a rationale to discuss the prospects for intelligent life elsewhere in the galaxy. In recent years new telescopes and sensors have detected so many planets - more than there are craters on Plato's floor - that various terms in the Drake Equation are actually based on data, and the quality of the debate has improved. There are often great limitations on the nature of scientific questions that can be profitably addressed because of limitations of technology. We are lucky to live during an epoch when the rate of technology improvement is so high that a continuing stream of new and better data promises to answer fundamental questions.

Chuck Wood
PS - I know it isn't (really!), but doesn't the bright spot within the rim shadow from Plato's southeast rim suggest that a hole in the rim is letting sunlight through?


Yesterday's LPOD: Was Aristillus Formed by an Oblique Impact?