Excitement for the Future 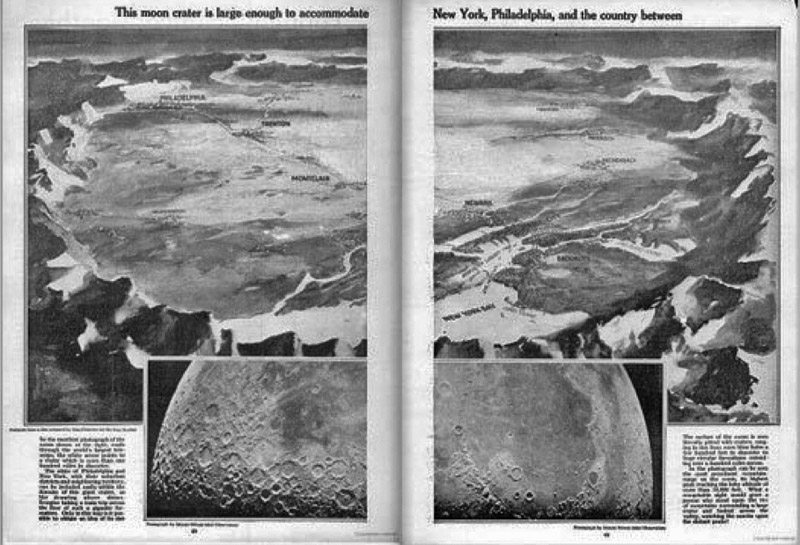 Was the Moon once a sun and are the craters the remnants of sunspots? Are meteorites volcanic ejecta from huge lunar eruptions? Popular Science has posted an archive of 11 of the magazine's articles from the 1880s thru the 1950s with classic drawings that visualized strange facts and theories. I think that ever since Jules Verne's From the Earth to the Moon - 146 years ago - a certain sort of starry eyed romantic has dreamed of space. Popular Science helped fuel that fascination, but the selection of these 11 highlighted articles suggests that either we have believed a lot of weird stuff, or PopSci editors were attracted to the most bizarre explanations. In the 1950s I used to page through the PopSci magazines that my father bought, and somehow I became a lunar scientist. Perhaps it is not the scientific accuracy of a presentation that matters in inspiring kids, but the sense of wonder that makes them think they can observe the Moon, build a rocket, or even fly to the Moon. Popular magazines helped inspire early engineers and scientists who built the first spacecraft and analyzed the first space data. But somehow even with the hyper-realism of movies like Avatar, or the immersiveness of virtual worlds and video games, American youth don't seem to picture themselves as the next generation of space explorers. What a dream to have lost.


Yesterday's LPOD: A Question of Paternity