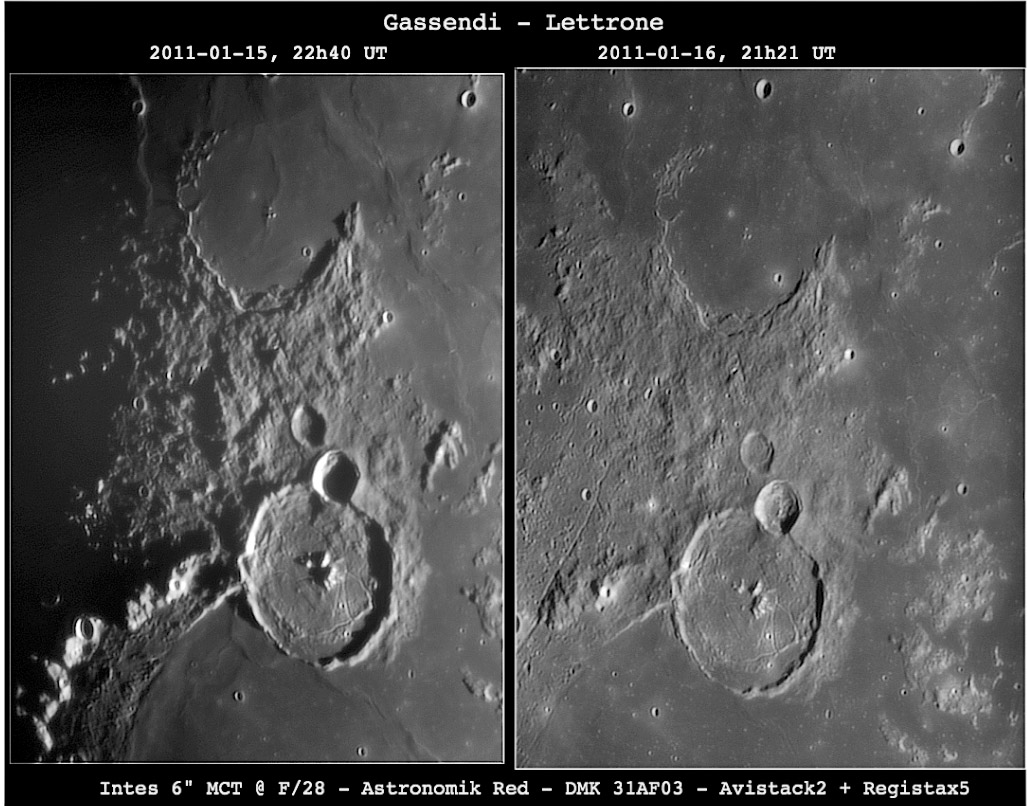 Having two successive clear nights is becoming rare. I had this chance on Jan 15 and 16. I managed to image this well known pair under roughly the same orientation and magnification. The difference in lightning reveals a lot of interesting details (thought the seeing was definitely better on Jan 16). But what puzzle me most is all the material between the two craters. Is it ejecta from the Humorum Basin? If yes, Gassendi and Letronne formed latter, didn't they? But which was first? Is it possible to tell? Is the fact that Lettrone was mostly flooded a clue?

Jocelyn Sérot
Note from CAW: Jocelyn's two photos led to his good questions about the sequence of events in this interesting area. Please add your interpretations to the Discussion area and maybe we can figure this out!


Yesterday's LPOD: Excitement for the Future

Tomorrow's LPOD: How Deep is That Hole? Version 2.0